There are growing fears the nation's economy is on the edge of recession— if not already in one — with news Wednesday that for the second consecutive quarter the economy has contracted.

DALLAS - There are growing fears the nation's economy is on the edge of recession— if not already in one — with news Wednesday that for the second consecutive quarter the economy has contracted.

And with inflation's grip on prices, everything is more expensive, taking more of our purchasing power away. 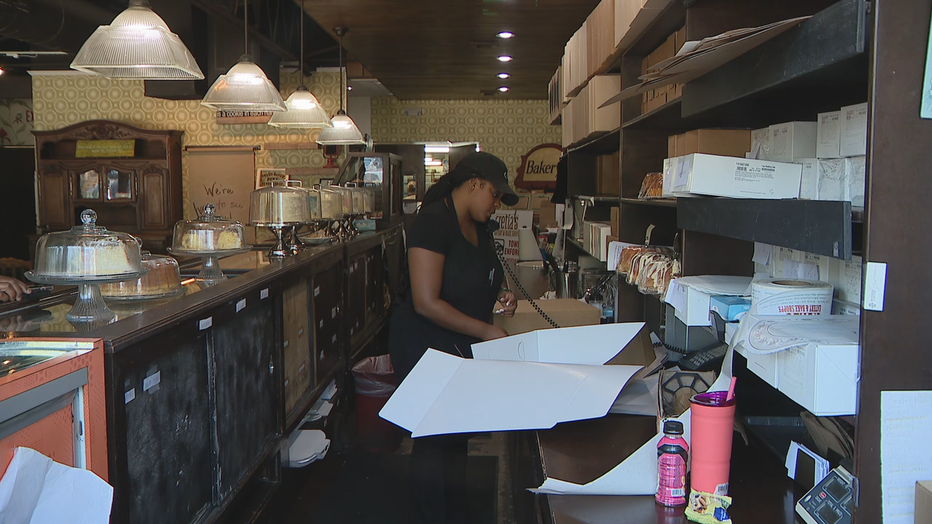 Robert Tabak is still building homes in North Oak Cliff but sees some slowing with the economy.

"Interest rates have come up. Traffic has slowed down," he said. "I’m not concerned about a recession at this time. Just listening to the news this morning, employment levels are still up. Unemployment is at 3.6%.

With that though, news that the economy shrank for the second straight quarter typically signals a recession.

SMU Economist Mike Davis is echoing concerns that higher costs for goods and services are squeezing many consumers and small businesses.

RELATED: Are we in a recession? The definition of recession explained

"Whether we're in a recession or not, frankly, I don't care," he said. "What's important to know is that the economy is doing pretty badly right now."

J.C. Cook with J&N Fence Supply is feeling the effects of inflation especially when it comes to existing homeowners wanting to replace worn fences.

"When we give them a bid, they might call us six weeks later. And then we have to re-estimate the bid because of steel prices going up and the wood prices going up. Unfortunately, today, I can’t honor a bid more than about two to three weeks.

At Creatia's Eatery and Bakery in Oak Cliff, Vanessa Weaver says inflation is eating into the bottom line.

"Like a case of eggs alone just since last month increased $20 per case. So everything’s jumping up so much. So in that aspect, that does worry us," she said.

While the government is raising short-term interest rates to slow the economy, it can’t control food or gas prices.

"Prices are going up. We still have a supply chain issue," he said. "The working-class families, such as myself, we really need to tighten our economic belt. It's true the economy will slow down. The federal reserve does want a slowdown. It almost needs to because we had an unprecedented amount of money that was printed over the last ten years."

What we don't have is both high inflation and high unemployment. And while we will see what the next job report shows, most local business owners said they could hire more people right now if they could find them.