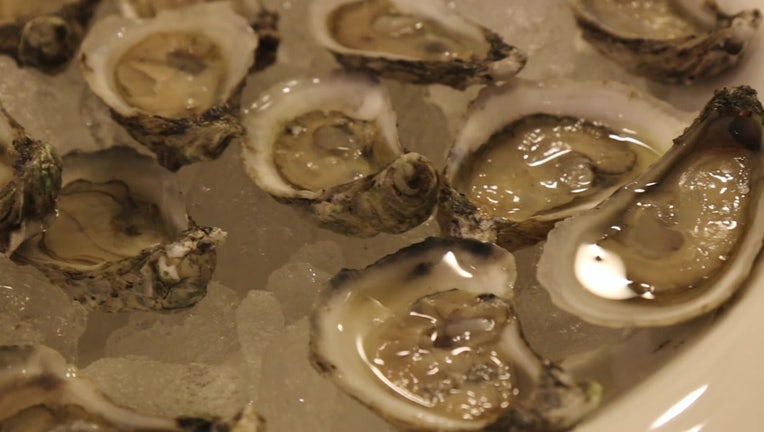 Officials say the possibly contaminated oysters from Canada were distributed to restaurants and retailers in multiple states, including Florida.

The FDA says the other states affected are California, Colorado, Hawaii, Illinois, Massachusetts, Minnesota, New Jersey, Nevada, New York, Oregon, Texas and Washington. They noted that it is possible that additional states also received the oysters through further distribution channels within the U.S.

Health officials say they are working with federal, state and local authorities, along with Canadian health officials, and confirmed that the potentially contaminated raw oysters were harvested in the south and central parts of Baynes Sound in Canada's British Columbia province.

"Retailers should not serve raw oysters harvested from the following harvest locations within British Columbia, BC 14-8 and BC 14-15, with harvest starting as early as January 31, 2022, which will be printed on product tags," the FDA wrote on its website.

What are the symptoms of norovirus infection?

The most common symptoms of norovirus infection include diarrhea, vomiting, nausea and stomach pain. Other symptoms include fever, headache and body ache.

The FDA says a person usually develops symptoms 12 to 48 hours after exposure to norovirus.

Most people with norovirus get better within one to three days.

Anyone who consumes raw shellfish is at risk of contracting norovirus, while young children, the elderly, and those with weakened immune systems are more likely to suffer severe symptoms.

What should restaurants and retailers do?

The FDA says restaurants and retailers should not sell any potentially affected raw oysters, and should dispose of them by throwing them away or returning them to their distributor.

Officials also caution about the potential for cross-contamination of food processing equipment, and say employees should follow the steps below: