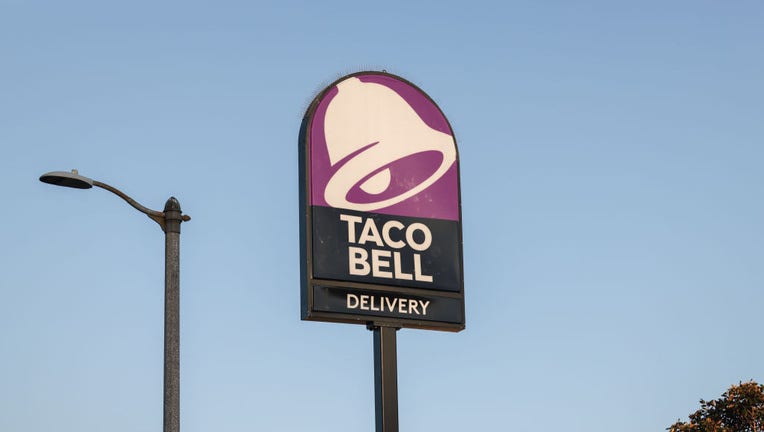 FILE - The exterior of a Taco Bell store on April 19, 2022. (Photo by Jeremy Moeller/Getty Images)

AURORA, Colo. - An investigation is ongoing in Colorado after a man was hospitalized for ingesting rat poison supposedly found in his Taco Bell order, but authorities say there isn’t any evidence to suggest that the employees put it there.

Investigators have also been trying to speak with the customer since reviewing video footage, but they say they haven’t been able to get ahold of him.

The case began when sheriff’s deputies were called to a Taco Bell location around 1 p.m. on Jan. 15 in Aurora, a large suburb of Denver, for a "verbal disturbance." A drive-thru customer had ordered several soft tacos and a soda, and when the man arrived at the pickup window, he was told that the soda dispenser was not working, according to a statement shared Friday by the Arapahoe County Sheriff’s Office.

But hours later, that same customer was admitted to the hospital after telling staff that he ate food that had rat poison in it, according to authorities. Deputies responded to the hospital and spoke with the patient, who said he had received his tacos at Taco Bell and gone home. He then helped a neighbor with some yard work.

"At around 6 pm, he sat down and watched a TV program from 6 pm to 7 pm. The customer told deputies that he ate his tacos after the program finished," the sheriff’s office stated. "He immediately felt a burning in his mouth and began to vomit. He called 911 and was transported to the hospital."

Sheriff’s deputies who responded to the hospital saw the taco the customer took a bite out of and noted "a greenish-gray substance" in the taco. Lab tests later confirmed the presence of rat poison, authorities said.

It added that investigators have since been trying to contact the customer via phone but have not been able to speak with him. On Thursday, investigators also went to the man’s home in an attempt to contact him, "but there was no answer."

Man to eat Taco Bell for 30 days for health experiment

Sam Reid talks with FOX Television Stations about his health experiment and love for Taco Bell.

"Although there is no evidence that the employees at Taco Bell put the rat poison in the food, investigators can not account for how it got in the food," the Arapahoe County Sheriff’s Office said. "If the customer has any information that can help with the investigation into how the poison could have gotten into the food, we request he contacts the Sheriff's Office."

Taco Bell did not immediately respond to a request for comment.

Following the incident, the Arapahoe County Health Department was contacted and went through the process of what Taco Bell would need to do before re-opening. The sheriff’s office stated that Taco Bell was "very helpful during the investigation and turned over all videos from inside the building."