In Dallas, civil rights activists and their supporters marked the anniversary of George Floyd's death with a rally at the Dallas police headquarters. Activists discussed what’s changed, or hasn’t changed, over the course of one year.

DALLAS - In Dallas, civil rights activists and their supporters marked the anniversary of George Floyd's death with a rally at the Dallas police headquarters. The was also a march in the streets of downtown.

Activists discussed Tuesday what’s changed, or hasn’t changed, over the course of one year.

Tens of millions across the country and worldwide rallied and protested for weeks after Floyd’s death. Some nights of protest ended in violence and more clashes with police.

On Tuesday, police departments across the country and in North Texas have made some policy changes. State legislatures, including Texas, have passed bills cracking down on certain protestors. 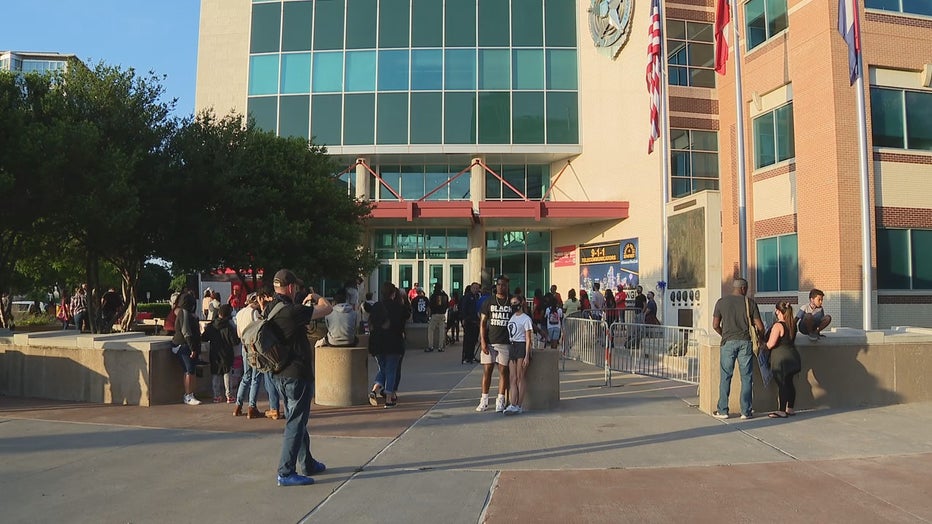 People at the march say the biggest change comes after the protests.

"And we know that protest is the starting point. This is the place where folks come because they’re enraged and they have questions," said Dionna La’Fay with Black Voters Matter. "But after the protest, we were really able to sort through the protestors and figure out what they’re really passionate about because that’s what’s going to create change. Not rage but your love, your hope, your optimism, your work ethic."

Policing in America is an ongoing debate. There are many ways to look at it.

Some at the rally say their calls for reform don’t necessarily have to do with individual officers but systemic procedures. They hope Floyd’s death is a catalyst for that change.