A puppy owes her life to the Dallas firefighter who rescued her not once but twice.

DALLAS - A rescued puppy found her forever home with the Dallas firefighter who rescued her.

The pup was found stuck in the engine compartment of an SUV about a week ago in the White Rock area.

It took firefighters two hours to rescue the dog. They had to remove one of the vehicle’s tires to get to her.

Dallas Fire-Rescue Firefighter James Hayes, who was involved in the rescue, adopted the dog and named her Grace. 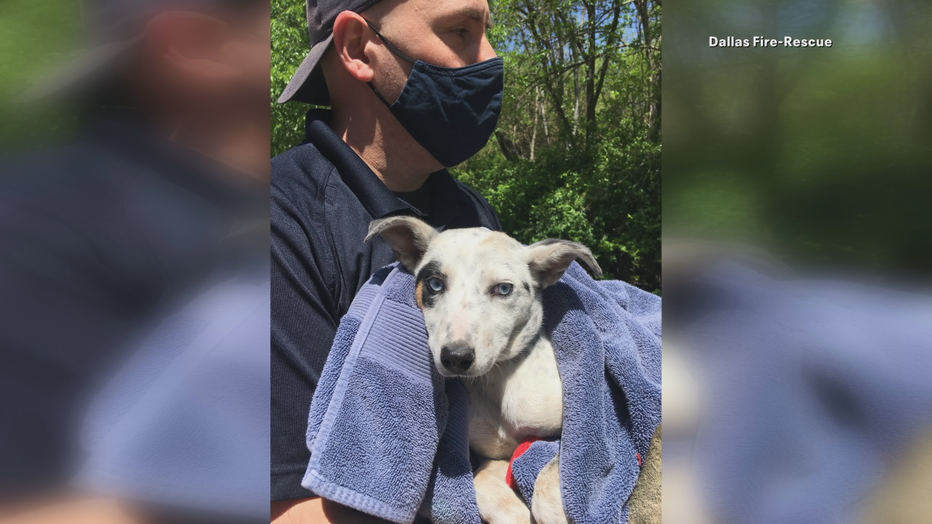 "We were all really invested in making sure the dog was taken care of and I’m really thankful it’s a good story. You know, when our public servants have to go out they see a lot of the worst and this really turned into a great story," said Kari Keeton, the SUV’s owner.

Firefighter Hayes lives on a ranch with lots of animals so Grace will have plenty of room to run around and play.