Arlington police are asking for the public’s help to find a service dog that was stolen from a local veteran who served two years in Iraq.

ARLINGTON, Texas - Arlington police are asking for the public’s help to find a service dog that was stolen from a local veteran who served two years in Iraq.

Emmanuel Bernadin had his service dog, Rosalyn, or Roz, stolen when someone broke into his home on October 19, according to police.

Several other items were stolen as well, but none of those things matter to him. He just wants his best friend back.

Not only was Roz his companion, she also provided him with medically necessary assistance.

It’s hard for Bernadin to find the words to describe his beloved service dog Roz, who taken from his Arlington apartment almost two weeks ago.

“The days are just really hard without her,” he added.

When the theft happened, Bernadin said he was visiting a friend, and Roz was unable to come along that night.

During his visit, a neighbor called him.

“She was like, ‘Well, it appears as if your sliding glass door is open. The screen is down. It just doesn't look right,’” Bernadin recalled.

When he got home, he saw electronics and jewelry missing, along with Roz.

“I deal with a lot of night terrors. It’s very hard to turn off the conditions of war, and Roz is there to wake me up at times when I shouldn’t be alone by myself asleep,” he said. 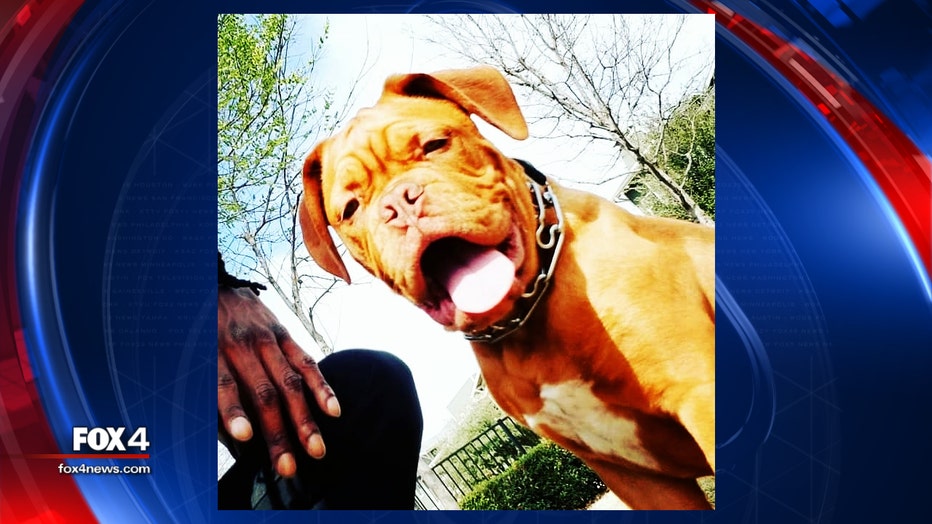 Bernadin enlisted in the Navy in 2007.

He also served two tours in Iraq and Afghanistan, serving as military police and assisting the Army.

After his second tour, he was medically retired.

Roz is Bernadin's second service dog, after he lost the previous one to cancer in 2017.

Lt. Chris Cook with Arlington PD said there were no witnesses to the crime, and so far, no suspects.

“People don’t just steal dogs. It’s just not a common theme, and so we’re kind of baffled as to who would think in their right mind, we’re not only going to take your property, but we’re going to steal your dog,” Cook said.