After a lot of focus on two large events that ended in mass shootings, Dallas council members heard plenty of concern from other event organizers. The city is still working on details of a commercial promoter registration fee that would likely be $250 for two years.

DALLAS - Dallas city leaders are getting pushback on a proposed ordinance to crack down on promoters who put on large parties without required permits. Other businesses say it will hurt them.

The ordinance was proposed because of deadly mass shootings at two recent events.

Under the proposed ordinance, if a commercial promoter fails to follow the city's rules, the violator would be on the hook to pay the city's full cost of any police or fire response.

After a lot of focus on two large events that ended in mass shootings, Dallas council members heard plenty of concern from other event organizers.

"The ordinance has an opportunity to undercut what work arts organizations are doing by making the burden onerous, expensive, so small organizations and artists, that do the things this council loves, will no longer be able to do it," said event organizer Damany Daniel.

The city is still working on details of a commercial promoter registration fee that would likely be $250 for two years.

The ordinance would require a detailed safety plan and a contact person who could meet with city staff on-site with one hour's notice. 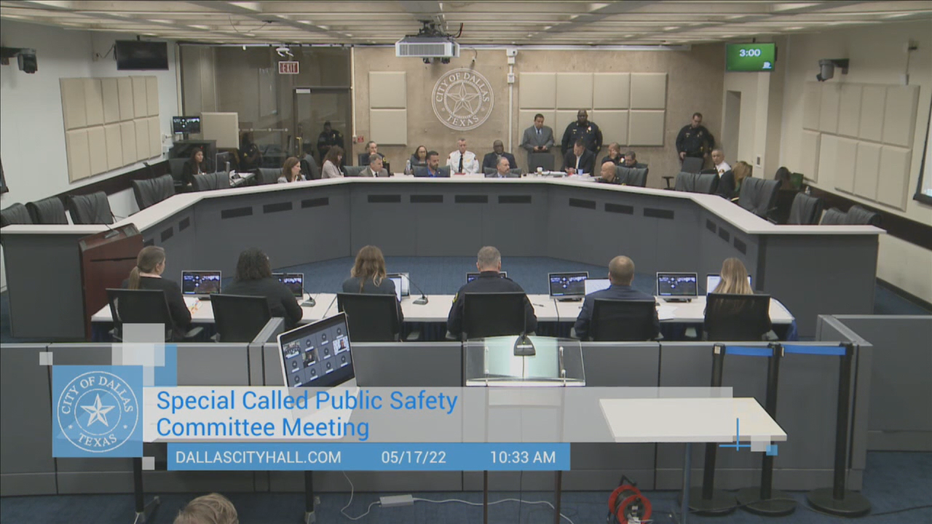 John Larue is a business owner in Deep Ellum.

"I believe something needs to be done, but I don't believe this is it," he said.

Promoters who fail to properly register can be fined up to $2,000 and the full cost of any police or fire response.

Julie McCullough says organizers sometimes don't know if they will have more than 100 people at an event.

"I am the producer of the largest independent fashion show that I started years ago, hoping 100 people would show up, and I had a five-block line," she said.

Kathy Stewart is the director of Uptown Dallas Inc. She says commercial promoters are drawing in huge crowds, even on weeknights.

"Many more show up than the bar can legally hold, creating fights," she said.

Councilwoman Gay Donnell Willis said the ordinance would not penalize the good organizers, but rather the violators.

"This is a warning and punitive on the back end," she said.

"This is important and urgent for the police department to keep our residents safe. We're not reinventing the wheel," he said. "But also to keep my men and women safe from events that get out of control."

The chair of the public safety committee directed staff to make adjustments to the ordinance and bring it back for a vote June 13.

The police chief's goal is to get an ordinance on the books before council leaves for their summer break.