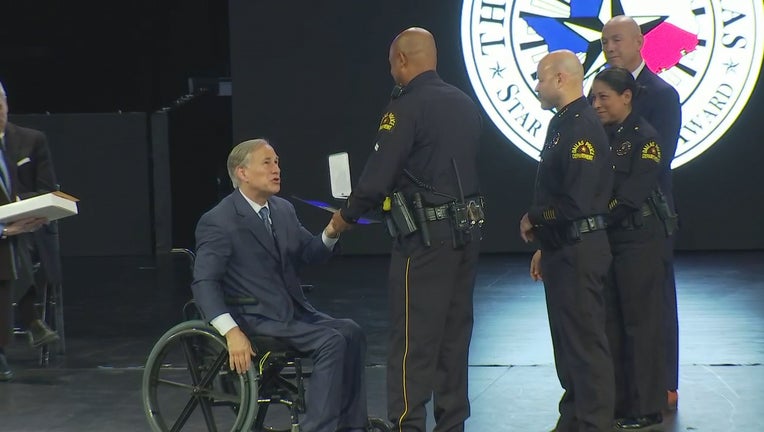 GRAPEVINE, Texas - Gov. Greg Abbott honored several first responders who showed exceptional dedication to protecting and serving, many of them from North Texas.

The prestigious Star of Texas award is given to first responders who have been killed or were seriously injured while on duty.

The governor praised and thanks them for their service, hailing them as heroes.

"The Star Of Texas Award is aptly named because it honors those whose self-sacrifice serves as a shining example of the very best of the Lone Star State," Gov. Abbott said. "To these men and women and all law enforcement and first responders across our state, I cannot express the gratitude we have for all you do to keep our communities safe."

A Grapevine police officer injured in the line of duty was one of the 46 first responders honored Friday.

It’s been nearly four years since an SUV swerved into Officer RJ Hudson as he rode his police motorcycle on Highway 121.

He suffered dozens of broken bones and other injuries that kept him in the hospital for over a month. 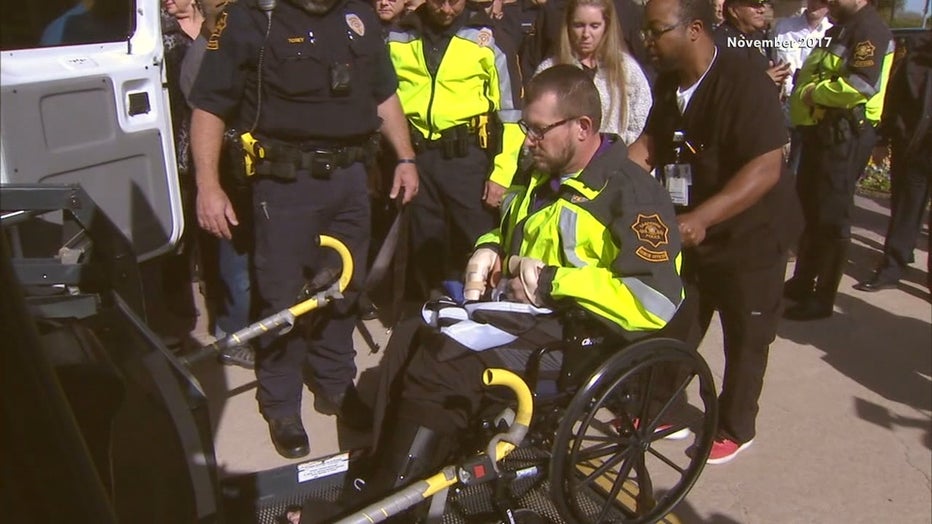 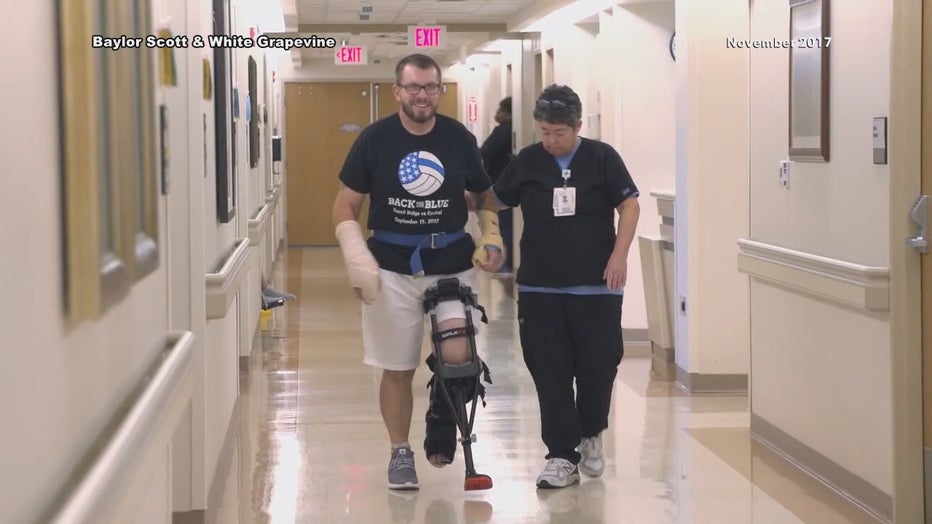 After intense therapy, Hudson returned to his post as a traffic motorcycle officer two years later.

"Officer RJ Hudson’s strength, perseverance and unwavering spirit carried him through nearly two years of surgeries and intense physical therapies in order to return to full duty. The Grapevine Police Department is proud of Officer Hudson’s hard work and dedication, and is in full appreciation of Governor Greg Abbott’s recognition of his service," the Grapevine Police Department said.

Some of the other North Texas first responders who were honored include:

Capt. Frazier Holbert, Carrollton Fire-Rescue – Capt. Holbert served the people of Carrollton for 30 years. On Sept. 13, 2020, he gave his life in the line of duty, suffering a massive stroke after responding to a fire alarm call. He was just 57 years old. 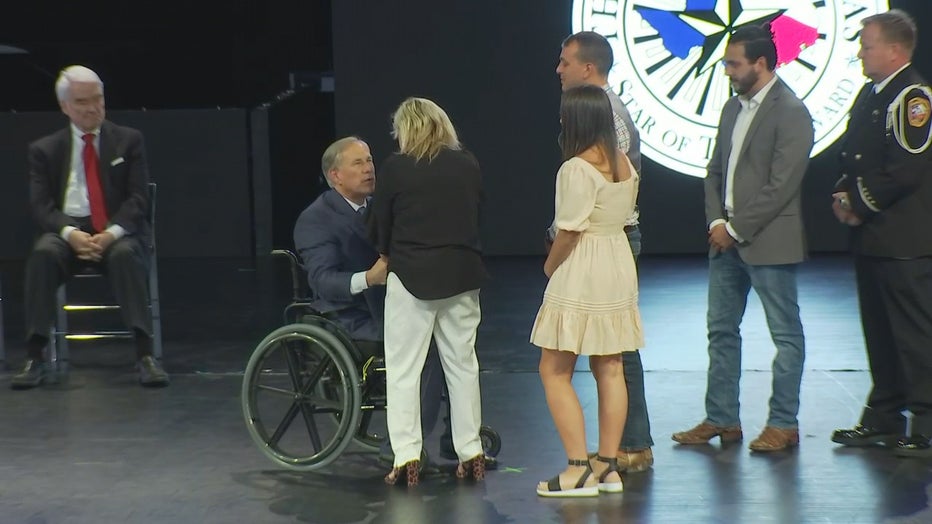 Firefighter Nicholas Grenados, Dallas Fire-Rescue – On Feb. 10, 2013, firefighter Grenados was seriously injured in the line of duty when he was struck by a vehicle while responding to an emergency medical call. He has protected his community for six years.

Capt. Ronald Janek, Dallas Fire-Rescue – Capt. Janek was seriously hurt in the line of duty while battling a raging fire in Dallas on Feb. 12, 2012. The exterior building wall collapsed on him. He’s served his community for 30 years.

Firefighter Stephen Washington, Dallas Fire-Rescue – On Oct. 14, 2017, Washington gave his life in the line of duty after succumbing to illness caused by exposure to his fire service career. The 58-year-old had served the community for 32 years.

Officer David Coffie, Dallas Police Department – Officer Coffie was seriously hurt in a shooting in a residential neighborhood on Feb. 18. When he and other officers got out of their vehicles, they were immediately met with gunfire. He’s served the people of Dallas for 14 years.

Cpl. James Farmer, Dallas Police Department – On Aug. 13, 2012, Cpl. Farmer was struck by a train while on duty. He has protected his community for 16 years.

Officer Mitchell Penton, Dallas Police Department – Officer Penton gave his on Feb. 13 after being struck by an intoxicated driver while investigating an accident. The 27-year-old had been with the department for two years.

Officer Frederick Rubin, Dallas Police Department – Officer Rubin was seriously injured in the same residential shooting as Officer Coffie on Feb. 18. He and the other officers were immediately met with gunfire when they got out of their vehicles. He has served the Dallas community for 32 years.

Officer Matthew Brazeal, Fort Worth Police Department – On June 12, 2010, Officer Brazeal was seriously hurt after being struck by a vehicle during a pursuit. He has protected the community for 14 years.