The Jewish community is trying to rally voices against this kind of hatred, and the anti-Semitic increase is in the middle of Jewish Heritage Month in the U.S.

On Friday, the White House released a statement condemning the increase of anti-Semitic attacks in recent weeks.

The Jewish community is trying to rally voices against this kind of hatred, and the anti-Semitic increase is in the middle of Jewish Heritage Month in the U.S.

Across the country and in North Texas, there have been spikes of hate and harm aimed at the Jewish community.

There was day of action this week by the Anti-Defamation League and other Jewish organizations.

A virtual rally against anti-Semitism. 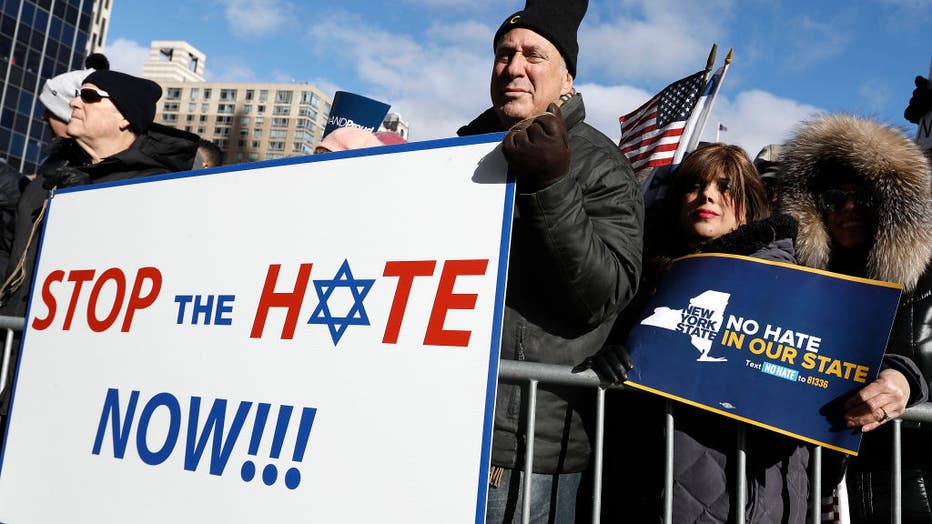 Representatives from various Jewish organizations as well as marchers from around the country joined the New Yorkers to call for an end to religious bigotry. (John Lamparski / Echoes Wire / Barcroft Media via Getty Images)

The Anti-Defamation League's Cheryl Drazin said right here in North Texas, there's been an increase in vitriol and threats of something, more especially in the last month.

"And clearly what law enforcement is working on, I can only speak in generalities, but we have seen an uptick in both online harassment, as well as some activity that might be considered criminal," she explained.

"This is more and this is different, and I attribute a great deal of that to technology. The online harassment piece that we are seeing in 2021 is a very different animal," she said.

Hoping to stir voices to say no to what Huffnagle called a growing attack against Jewish American.

"eight in ten say that anti-Semitism has increased in the last five years," Huffnagle said. "It's not a Jewish problem or the problem of the victim, right, that experiences that hate or that crime. It’s really a problem on all of us."

They are hoping the question "Where’s the Outrage?" will be answered with support.

"The same way it was important for all of us to stand up a year ago with George Floyd, or recently with the AAPI community, it’s when hate impacts communities that may not be directly our own, but it’s so incredibly important that we speak out, that we absolutely stand shoulder to shoulder, that we call out hate where and whenever we see it," Drazin said.

The attorney general announced the Justice Department will use all of its resources in combatting these hate crimes, and find the people behind the social media post or those who actually carry out acts of violence.