Gasoline and diesel are harder to come by with the interruption in tanker truck deliveries and refineries losing power because of the weather.

FORT WORTH, Texas - Gasoline and diesel are harder to come by with the interruption in tanker truck deliveries and refineries losing power because of the weather.

But experts are hopeful this lack of supply should not last too long.

With no electricity since Sunday, Joseph Tesoro and his family of four are counting on their gas-powered generator.

"All of the other gas stations by the house are all closed or they don’t have any fuel, so we got lucky," he said.

Tesoro is filling up his plastic gas cans at a station in Arlington. But all across the metroplex, drivers are running into signs the say they’re out of gas. 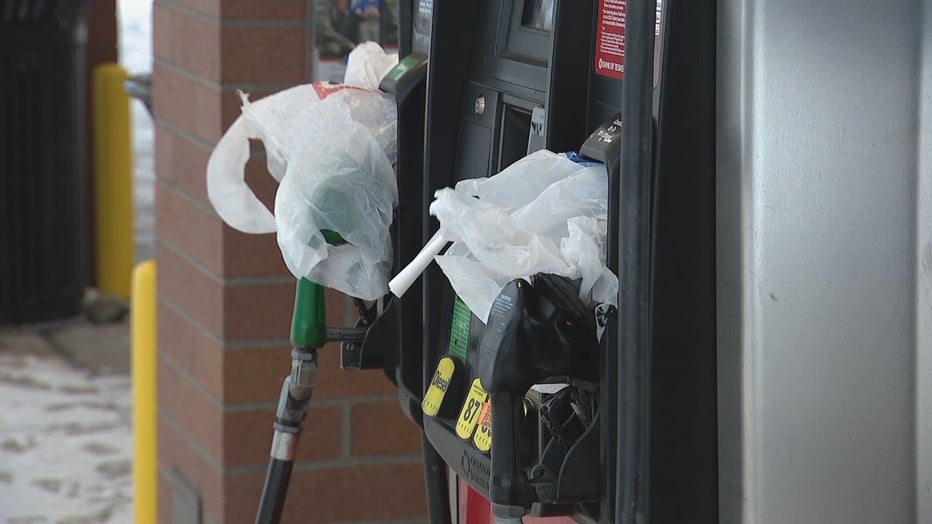 Mary Keel has been living in her car since Sunday and struggling to find a station to fill up.

"Come and get gas. Get gas just to sit in my car to stay warm," she said.

Caitlynn Scofield and her colleagues drove their trucks with snow plows down from Minnesota on Monday, prepared to clear roadways and entrances to several businesses around the metroplex. But Tuesday night proved to be quite a challenge.

"In the Dallas area, which is kind of where we are, you can’t get fuel anywhere," she said. "Last night, I think we finally drove around for an hour just to try to find diesel."

Patrick De Haan, Head of Petroleum Analysis at GasBuddy, says the struggle to find fuel is largely due to a lack of power at both gas stations and refineries.

De Haan says some are also shut down because of the cold. And the cherry on top is ice-covered roads are slowing down fuel deliveries.

"I know there may be a rough few days ahead, but availability should be less of an issue the weekend once the roads are in good condition," he said.

Scofield says she’ll be working 12-hour days through Sunday to try to make that happen.

"Driving down to Texas to plow snow is a little, it’s one for the books, that’s for sure," she said.