A group that says it represents parents and taxpayers in the Park Cities accuses Highland Park ISD of being improperly influenced by liberal politics.

DALLAS - A group that says it represents parents and taxpayers in the Park Cities accuses Highland Park ISD of being improperly influenced by liberal politics.

Some Highland Park parents say the mailer goes too far. The school district is calling it a mischaracterization.

The advertisement appears to vilify children engaging in civil rights protests. It has created a stir among parents who say they never even signed up to receive the organization's emails but found them in their inbox anyway.

A Facebook video describes the message that also went out by email to Highland Park ISD parents accusing the district of making sure "your kids get woke." It claims that class instruction is being improperly influenced by the Black Lives Matter Movement, critical race theory and LGBTQ interests. 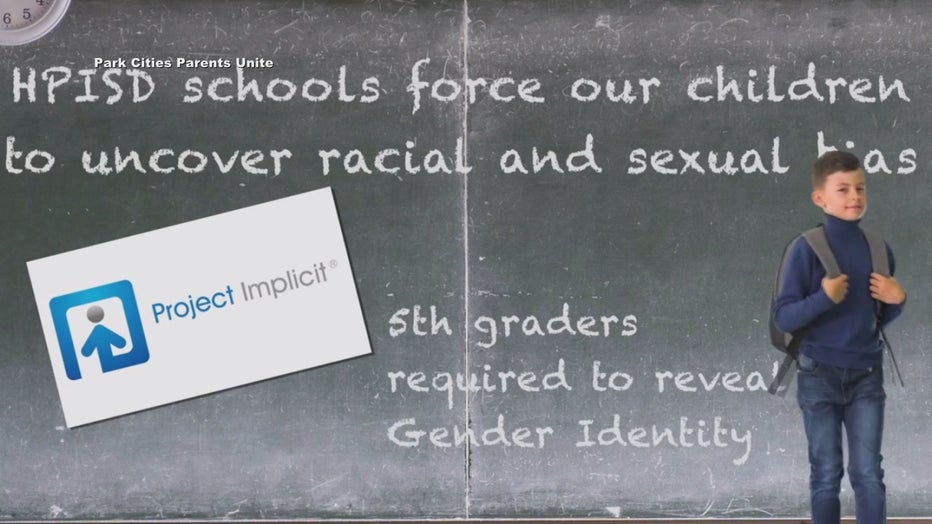 The group behind it is called Park Cities Parents Unite.

David Coale is a parent of three HPISD students and is also a constitutional law attorney,

"This kind of mailer is the most protected thing under our First Amendment, political speech, statements of opinion. You have a right to say whatever you feel like," he said. "That said, just because you have a right to do it does not mean it is a good idea to do it."

Coale believes the flyer goes too far, especially an image of children protesting in the context of criticizing a district educational tool known as BrainPOP.

"The marketplace of ideas assumes a respect for people on both sides of the equation," he said. "Turning little kids with signs into the enemy is not how you go about having a constructive dialogue about the issues."

Coale believes the pandemic and debates over reopening schools and mask policies have created the politically charged atmosphere.

"Feelings about masks ties into broader feelings about the trustworthiness of government in health care," he said.

Parents Unite told FOX 4 it wants to see academic excellence at HPISD and that the community has been complacent in assuming schools are immune to political movements.

Parents Unite’s website says: "COVID-19 has taught parents across America a valuable lesson.  We must pay closer attention to who controls our city and schools because in a crisis situation their decisions profoundly affect our daily lives."

Highland Park ISD disputes the group's claims and says information is being mischaracterized.

A district spokesman said: "Critical race theory is not part of and has never been part of HPISD’s curriculum. BrainPop and BrainPop Jr. are two of more than 190 approved technology resources that are available to teachers for use at their discretion in their classrooms."

As for how Parents Unite got email addresses for parents who did not want to subscribe, the organization says someone believed to be outside the organization added emails to the subscription list, and it is now upgrading its system so that can no longer happen.

HPISD believes the emails were obtained from PTA lists, and there was no breach of their system.