An arson investigation is now underway after someone set a North Texas little league baseball's team van on fire.

The coach and owner of the van said team equipment inside was also stolen.

Arson detectives are now involved. They believe someone scoped out the van, broke in, and then set the front end on fire before taking off.

Joel Marlowe, of Rockwall, was working his nightshift in Dallas when he walked out to find his van up in flames.

Inside was equipment for the team he coaches in Rockwall on his off time.

Catchers gears, helmets, bags, baseballs, and bats were all stolen, leaving Marlowe and his team wondering why someone would do this. 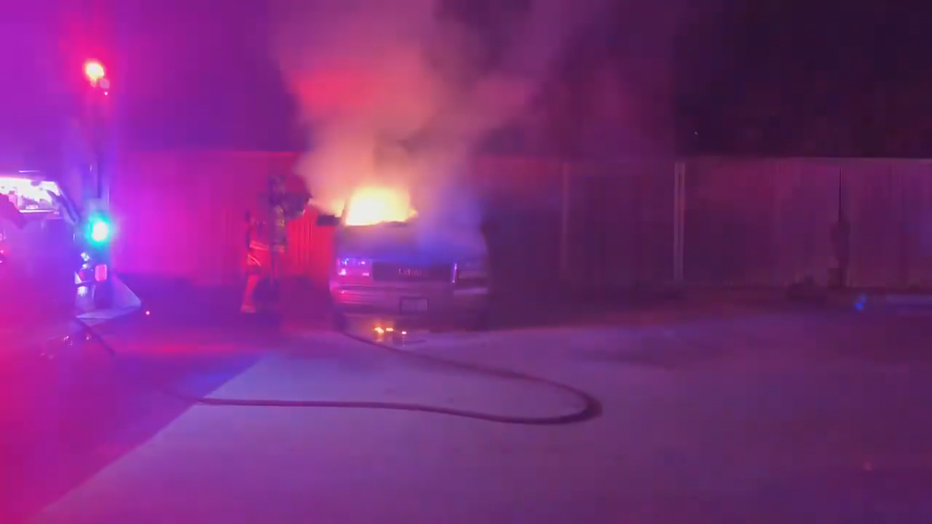 "Everyone is afraid of their finger prints, so they just started burning and robbed it to avoid finger prints," Marlowe said. "That’s really, really jerky, and you must be having a really bad time if you are stealing from 11 year olds. On one level, I am really mad at them, mostly for burning the car, because that is a symbol of what I am doing for these kids."

The van was completely charred, and is a total loss.

Marlowe said this happened right in the middle of their season. The team now without equipment and their transportation.

Though the community is stepping to help save their season.

Marlowe said that after learning about what happened, several people have reached out to him to donate equipment and money. He added that his team should be good for their game on Monday

Now he’s working on saving up to get a new van for the kids.