The girl at first thought the man was pulling out fishing equipment from his car. But when she glanced again, she told police he had exposed himself.

FORT WORTH, Texas - Fort Worth police need help finding a man they say exposed himself to a teen and then followed her.

Police say she took the right steps by getting a picture and video of him as she drove off and immediately looked for a police officer.

It happened in the middle of the day at Marina Park on the east side of Lake Worth.

Police are looking for the man they say exposed himself and followed the teen, hoping to stop him from doing it again.

Fort Worth police say on the day before Thanksgiving around 1:30 p.m. a teenage girl was doing homework in the car when she was approached by a man.

"She was just spending time at the park, doing nothing to draw attention to herself," police explained.

Fort Worth Officer Buddy Calzada told FOX 4 at first the girl thought the man was pulling out fishing equipment from his car. But when she glanced again, she told police he had exposed himself.

"He started performing sexual acts on himself," Calzada said.

Then the teen says the man started walking in her direction.

"Once the victim saw that they were walking toward their vehicle, she actually put her car in drive and left the park," Calzada said.

The victim snapped a quick photo and took off, but police say he got into a white Ford Ranger and started to follow her. Luckily, she spotted a police vehicle and started following it, hoping to get the officer’s attention. 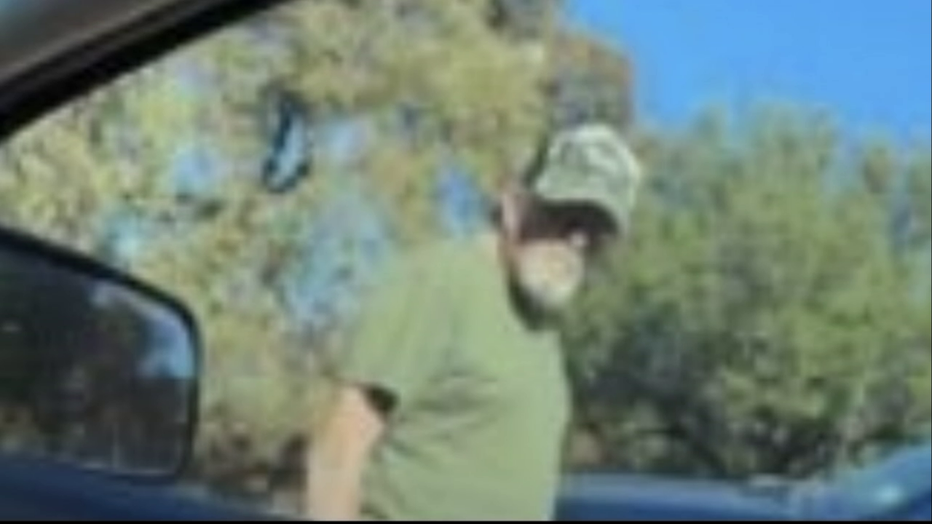 "Once the suspect notices that she was following the officer and trying to get his attention, he actually quit following her and went a different route," Calzada said.

Police say the man is about 65 years old, 5’10 and was last seen wearing a camo hat, an olive green t-shirt and khaki pants.

Robert DiFranco is now worried about his wife's safety when she’s out on a solo walk.

"Maybe we should get her some pepper spray or something that will be some kind of defense against somebody like that," he said.

Anyone with information is urged to contact Fort Worth police.