Arlington police are searching for the hit-and-run driver who struck and killed an 80-year-old man who was out checking his mail Saturday afternoon.

ARLINGTON, Texas - Arlington police are searching for the hit-and-run driver who struck and killed an 80-year-old man who was out checking his mail Saturday afternoon.

The victim’s family and police are pleading with anyone who might have information to come forward.

This happened just before 4:30 p.m., in the 900 block of E. Timberview Lane, as 80-year-old Roy Smith was out in front of his home getting mail from his mailbox.

Police said the impact was such, that the husband, father, and grandfather wound up a short distance from his home.

"What we think happened was, somehow, when he was in the street, an unknown motorist must’ve struck him and drug him three or four houses down the road, where he became dislodged from the car," explained Arlington PD Lt. Chris Cook.

Smith told his wife he was going to check the mail, but never returned.

His family members and police are trying to locate surveillance video that could help identify the vehicle and driver who hit him.

"I’m going up and down the block, putting out flyers, trying to ask all neighbors with Ring doorbell cameras or surveillance cameras if they see any car driving fast or erratically around 4 to 4:30," Mitchell said.

Police released a picture of a vehicle of interest that may have been involved in the hit-and-run crash.

They described it as a 1999-2002 Chevrolet Silverado 1500 extended cab pickup. The front right door, hood and both left and right quarter panels are a lighter color, possibly primer colored, while the rest of the truck is a darker color. 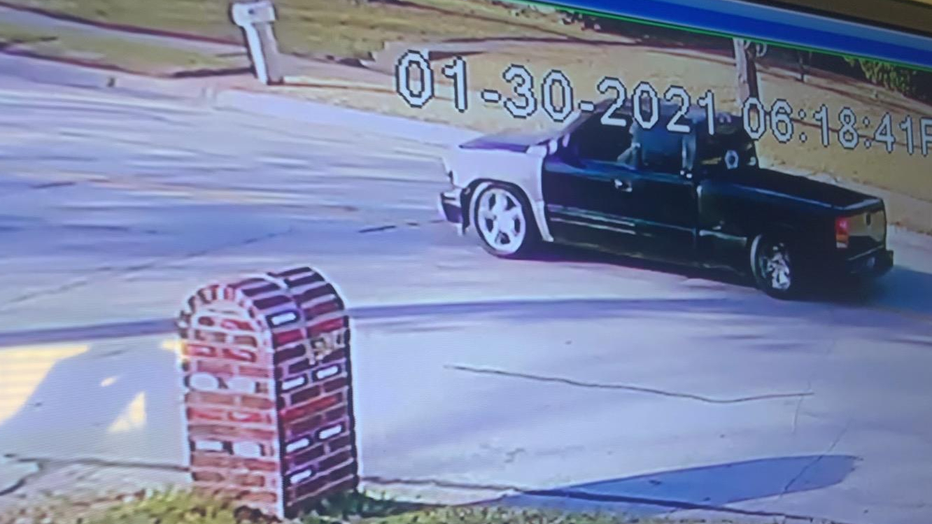 Neighbors are still in shock about what happened.

"He was always walking around this block and that block. He would stop and talk to us. He was just a really nice person. We are all devastated," Mary Lou Almendarez said.

"You’d better turn yourself in, police are going to find you eventually," Art McMahill said about the driver involved.

"We see this from time to time. People get panicked and scared, so if the person is out there and they know they did it, please come forward," Lt. Cook said. "We just want to get your side of the events, what happened."

Smith’s family said he served in the military and was still quite active after recovering from a stroke.

"Just checking the mail, something as simple as that. Walking to check the mail and now he’s not here," Mitchell said.