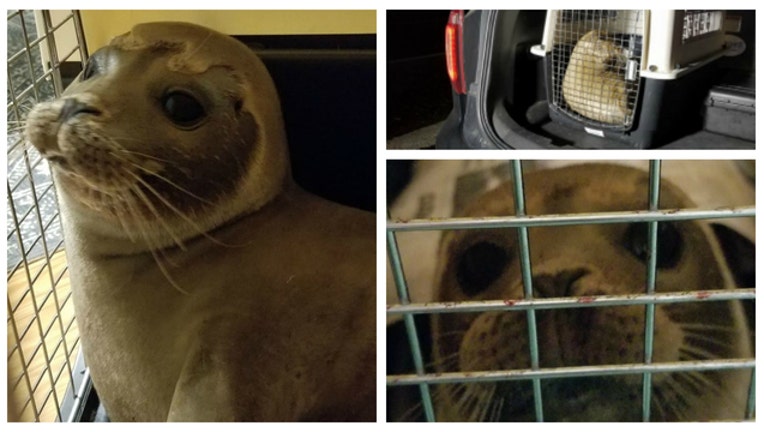 YARMOUTH, Mass. (AP) - A baby seal that wandered far from the ocean has been returned to the sea with the help of some police officers on Cape Cod.

Police and Amazing Animal Ambassadors were able to put the seal in a cage and hold onto it until wildlife officials arrived.

Police said on Facebook Saturday that the pup was given a clean bill of health and has been released back to the ocean.

Authorities say they have nicknamed the seal "Houston" after Kevin A. Houston, a U.S. Navy Seal from Cape Cod who was killed in Afghanistan.

Police say they believe the pup traveled up a nearby frozen creek and "made his appearance Navy Seal style."