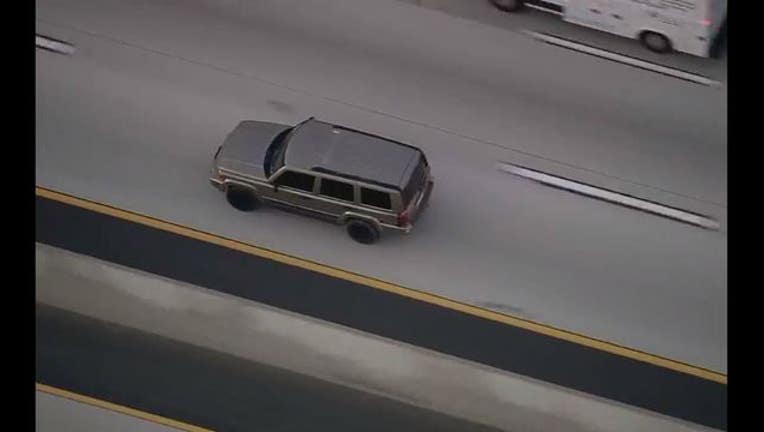 ONTARIO, Calif. (FOX 11) - A police chase that began in Ontario, California Friday afternoon ended in Anaheim early Friday evening as a driver wanted for assault with deadly weapon against a police officer finally surrendered to police.

The driver was speeding erratically as he evaded authorities when the chase first started around 4:00 p.m. in Ontario. It was a dangerous situation for residents, too,  as the driver would divert onto sidewalks and even go off-roading in order to get around vehicles on the road.

Two passengers in the vehicle exited during the chase.  Around 5:40 p.m., the driver eventually slowed to a halt at an intersection in Anaheim, and after a few minutes stepped out and surrendered to police. Police and canine units checked the vehicle after the arrest and did not locate any other passengers in the suspect's vehicle.