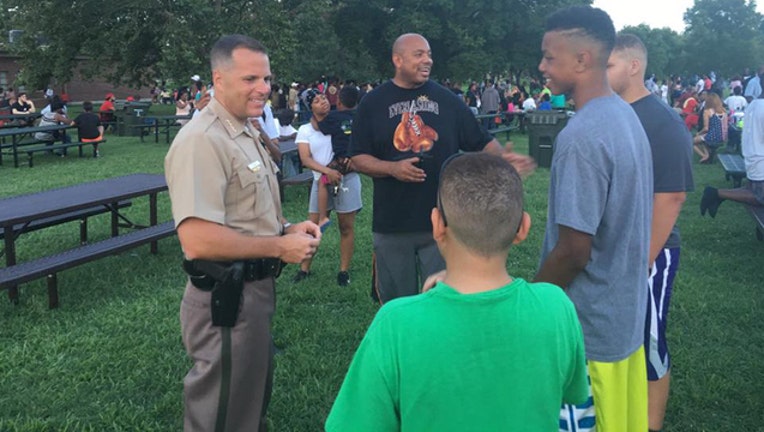 Black Lives Matter protestors and police in Wichita, Kan. joined for a barbeque Sunday in the wake of the ambush shooting that killed three officers in Baton Rouge, La.

A Facebook post by the Wichita Eagle said that protestors planned to march in Wichita on Sunday. Instead, they met with Wichita Police Chief Gordon Ramsay “for hours” and decided to join the officers in planning the cookout instead of protesting.

Wichita Police posted photos of the cookout on its Facebook page. One Facebook user posted a video of police and citizens dancing in the park and said that “hard questions were asked and Chief Ramsay did an exceptional job of being vulnerable and willing to listen.”