A 42-year-old man who police said was pointing a gun at people at a Flower Mound park Saturday morning, before trying to enter a fire station, has been arrested.

FLOWER MOUND, Texas - A 42-year-old man who police said was pointing a gun at people at a Flower Mound park Saturday morning, before trying to enter a fire station, has been arrested.

The suspect, whose name has not yet been released, was taken into custody after officers fired shots at him, then used a Taser on him. He was not hit by the officers’ gunfire, and has minor injuries.

This incident started just after 8:30 a.m., when police were called about a person with a gun in the 3100 block of Skillern Road.

The person who called 911 said a shirtless man was pointing a gun at people at Post Oak Park.

Officers responded to the park, but then learned the man was outside Flower Mound Fire Station #7.

Police report he was trying to enter the fire station with a shotgun. 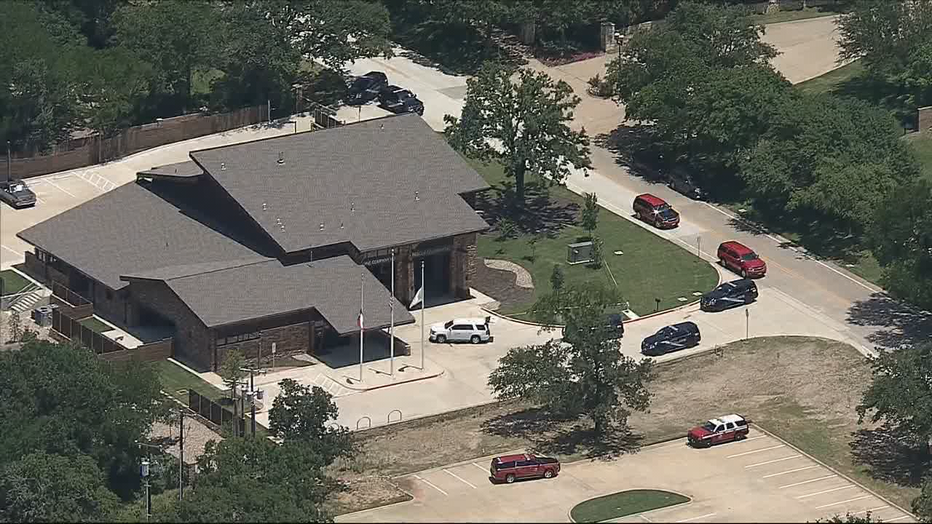 According to police, the man pointed the shotgun at officers when they tried to confront him, and the officers then fired at the suspect, who was not hit by the gunfire.

Officers used a Taser on him and managed to take him into custody with minor injuries. He was then taken to a local hospital to be examined.

There were no other injuries reported.

The suspect faces multiple charges, but the exact charges have not yet been determined.

Skillern Road was blocked off for multiple hours, before opening back up Saturday evening.

The investigation into this incident is continuing, and Flower Mound PD called in Texas Rangers to assist.