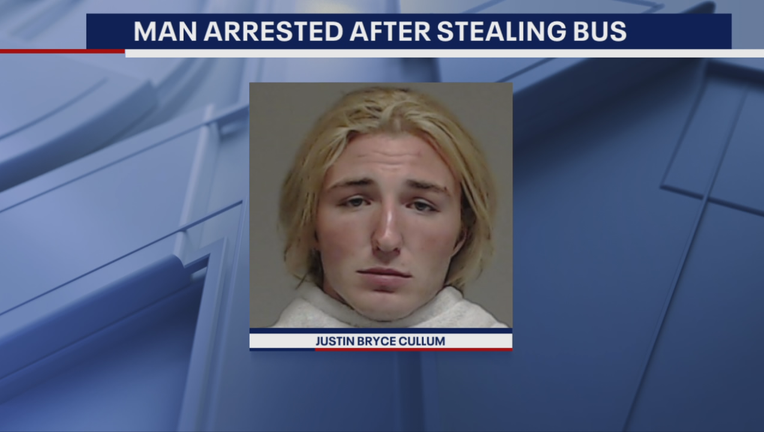 McKINNEY, Texas - A stolen Princeton school bus was found in McKinney after a concerned resident tipped off police Friday.

McKinney police said the person who stole the bus, 25-year-old Justin Bryce Cullum, was spotted driving it near a Sam's Club off 380.

Officers later stopped the bus on Custer Road, and arrested Callum, who police said had less than two ounces of marijuana on him.

The school confirms no children were on the bus when it was stolen.