Police say 34-year-old Michael McPhail was waiting in a room at the ER when a staff member went to check on him. That staff member noticed a gun and called his behavior concerning, so officers at the hospital were alerted.

IRVING, Texas - Irving police said an armed man who they shot and killed at a hospital Wednesday night went there for a medical issue, but it was not a mental health issue.

Police also said there were at least three officers involved in the shooting that killed the 34-year-old gunman.

Officers initially went to the room to speak with Michael McPhail after a nurse said he was behaving in a bizarre way and was armed with a gun.

Police said McPhail fired two shots, once in his room and another time at officers.

Irving police added that this was never an active shooter situation, despite the gunman firing his weapon twice inside.

According to Irving police, McPhail checked into the Baylor Scott & White emergency room around 7 p.m. Wednesday.

When the nurse went to check on him an hour later, in a room where he was alone, police said McPhail was holding a handgun. The nurse told police his behavior was unusual. 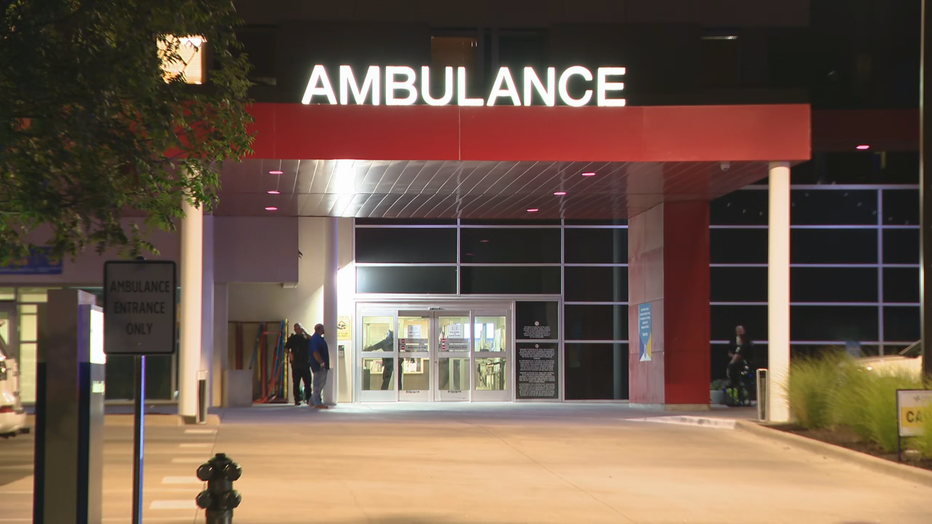 The Irving officer was at the hospital for an unrelated DWI blood draw.

When the Irving and Baylor officers approached McPhail, police said he fired a shot in the room.

After the first gunshot, three more other Irving officers arrived with rifles and tried to get him to surrender.

"They started to have a dialogue with him to convince him to drop the gun," Reeves said. "He refused to do that and actually ends up shooting at those officers and they return fire in defense of themselves and everyone in the hospital."

McPhail died at the scene, and no officers or others at the hospital were injured.

"He does have a criminal history, but we have not arrested him ourselves," Reeves said.

While McPhail has no criminal history in Irving, he did have run-ins with the law.

Court records show burglary and assault cases, and in in 2016, McPhail was sentenced to probation for felony assault of a public servant in Marion County, in far east Texas, near the Louisiana border.

Thursday, the hospital had no new comment in response to the incident, but they are reportedly having ongoing discussions about safety and security.

There is body camera video of the incident, but investigators would not say how the weapon was concealed when McPhail entered the hospital.

His reason for going to the ER has not been released.

FOX 4 asked Reves if they thought this may have been a suicide by cop incident.

"Right now, there is nothing confirming that, nothing of a suicidal nature or notes left behind, but that is something investigators are looking at," he responded.

There were people in nearby rooms and hallways when the shooting happened.

Irving police are offering their counseling services to anyone in the hospital who was traumatized by the incident.