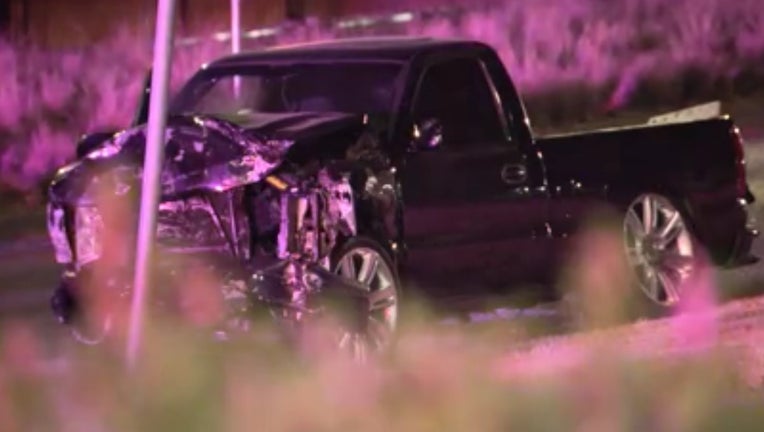 DALLAS - Dallas police said they are searching for the man who fled the scene of crash early Sunday morning that resulted in the deaths of two people.

The wreck happened just before 5 a.m., as a vehicle with a 49-year-old man and 77-year-old woman inside was northbound on Webb Chapel Road.

Investigators found that their vehicle entered the intersection of the service road of I-635, when another driver ran a red light at Webb Chapel Rd. "at a high rate of speed."

The vehicle that ran the red light crashed into the other vehicle, causing it to crash into a retaining wall.

The 49-year-old man and 77-year-old woman were pronounced dead at the scene. The victims’ names have not been released.

Police said the driver who ran the red light fled the scene, though a passenger in their vehicle was detained and then taken to a hospital to be treated for minor injuries.

Police have not said if they know the name of the driver who fled. No further details have been released at this time.