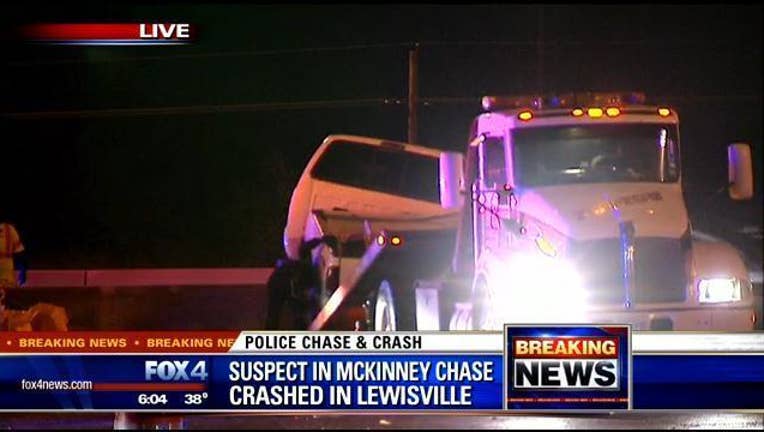 The suspect in a police chase crashed on Interstate 35 south of the Sam Rayburn Tollway.

The chase started when the driver of a white Ford F250 took off on Highway 121 in McKinney.

Police followed the suspect along the Central Expressway west to the tollway.

The suspect hit a sign on I-35 and was arrested.

It's not yet clear why the man tried to flee.