Police: Camaro driver ran over woman in Uptown Dallas before driving off

The Dallas Police Department released a picture of the Camaro they believe is involved in the hit-and-run that left a woman in Uptown Dallas dead.

DALLAS - Funeral services were held on Tuesday for a 21-year-old woman killed by a hit-and-run driver in the Uptown neighborhood of Dallas this week.

The Dallas Police Department released a picture of the Camaro they believe is involved in the hit-and-run that left Jasmine Hassan dead. 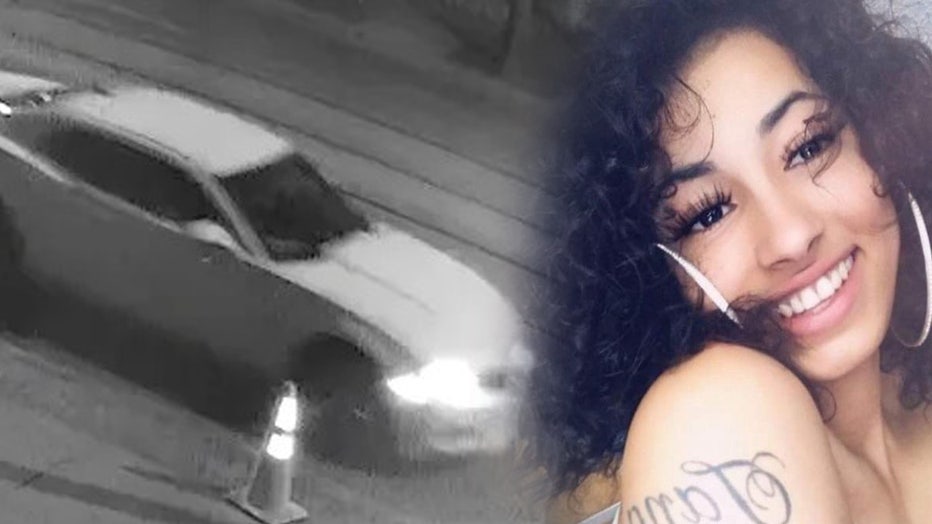 Alesha Preston is still trying to wrap her head around Hassan’s death, her longtime friend who died early Monday morning after she was struck by a car in Uptown Dallas.

Police released photos Tuesday of the white Chevy Camaro they believe struck Hassan. The driver of the Camaro took off.

"I mean I couldn't believe it because I was just with her the day before," Preston said.

In fact, Preston says Hassan had texted her just hours earlier along with some other friends, asking them if they wanted to go out with her in Dallas.

According to DPD and Hassan’s friends, the 21-year-old was with friends leaving a bar near McKinney Avenue around 2 a.m. Monday.

Police say Hassan got into an argument with a man inside of the car. Witnesses say she leaned into the car window, the driver hit the gas, Hassan fell and then she was run over.

Hassan was pronounced dead at a nearby hospital.

Hassan, who grew up in Fort Worth, lived with her mother in North Richland Hills and had worked as a nail stylist with dreams of opening her own salon.

"She loved to do stuff with her family. She liked to be occupied. Like she did nails for a living," Preston said. "She can cook. She can draw. All of that. She was talented."

Anyone with information is urged to contact the Dallas Police Department.