FORT WORTH, Texas - Police have arrested the man accused of torching a Fort Worth home earlier this week after the crime was caught on a nearby home security camera.

Christopher Derrick Davis, 28, was identified as a person of interest in the case, and then subsequently arrested and charged with arson.

This case of arson happened early Saturday, at a home in the 5800 block of Whittlesey Road, near Briery Street in Fort Worth.

Surveillance video shows a man pour something on the ground, before flames shoot into the sky. 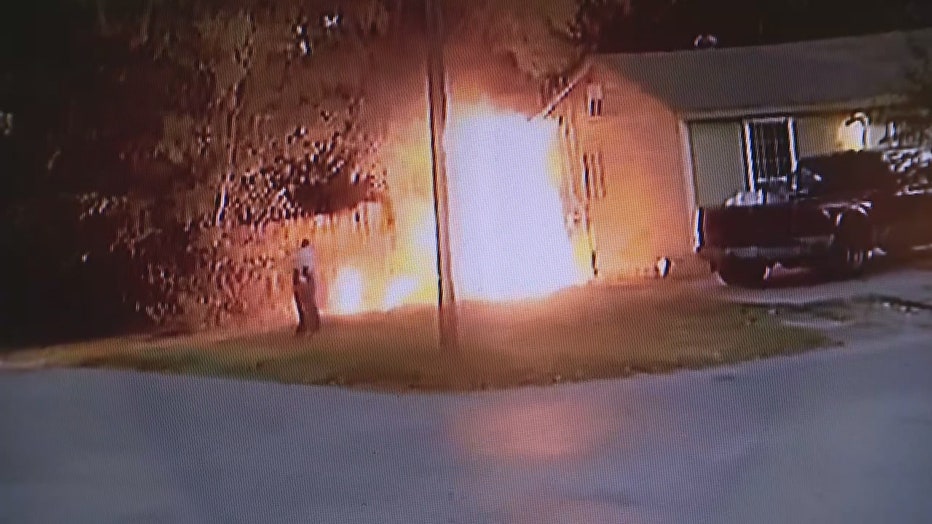 The arsonist, who was possibly burned, seems to celebrate as the house goes up in flames.

A family was inside the home at the time, but they managed to escape without being injured.