Rasheed is accused of murdering a Lyft driver, Isabella Ann Lewis, 26, before he headed to Plano police headquarters on Sunday. At this point in the investigation, it appears she was chosen at random and did not know Rasheed.

PLANO, Texas - A man accused of fatally shooting a Garland Lyft driver and firing at people inside Plano police headquarters may have been inspired by terrorists, federal officials said.

Rasheed is accused of murdering a Lyft driver, Isabella Ann Lewis, 26, before he headed to Plano police headquarters on Sunday. At this point in the investigation, it appears she was chosen at random and did not know Rasheed.

Investigators say Lewis picked up Rasheed during a Lyft ride. Just before noon on Sunday, investigators say Rasheed shot Lewis in her own car on the 400 block of Forest Gate Drive in Garland.

Police say Rasheed then drove the stolen car to the Plano Police Department where he was reportedly acting erratically. Eventually, he used a semi-automatic pistol to shoot at a civilian employee and another person inside. 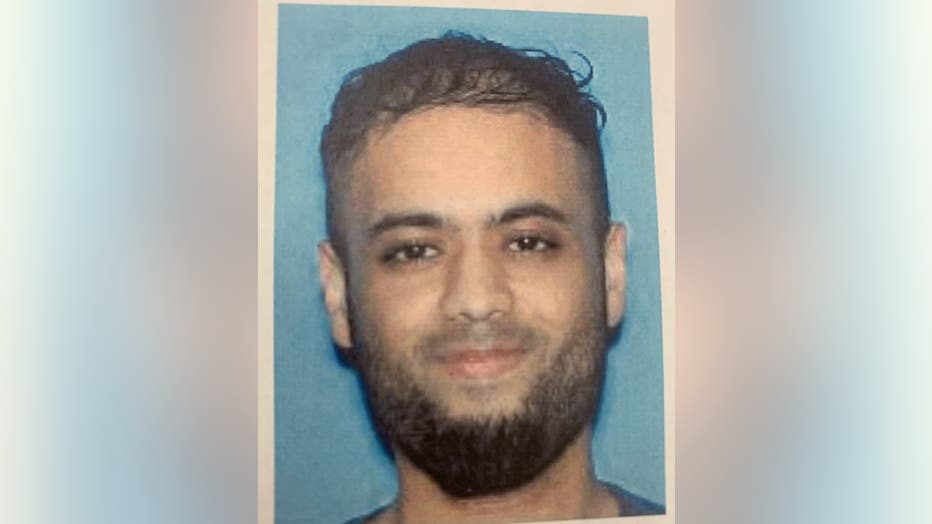 During the investigation, police found a note in the stolen car that appeared to be from Rasheed indicating some of his motivations may have been inspired by a terrorist group.

"There's no indication that he was working with others or that he was in contact with others who may be planning similar activity," said Matthew DeSarno FBI Dallas Special Agent-in-Charge. "We're early in the investigation, and that's a priority investigation for us to determine."

The FBI says Rasheed was the subject of an investigation back in 2010-2013, but that investigation concluded there did not pose a threat.

Investigators would not reveal the specific contents of the note or name the terrorist group Rasheed was inspired by.

The FBI says that investigation was closed when it was determined Rasheed "didn’t pose a threat." The FBI wouldn’t reveal details of that prior investigation.

FOX 4 went to Rasheed’s listed address in Garland, but no one answered the door.

Neighbors FOX 4 spoke with say they’ve never spoken with him.

"I’ve never seen that family at all since I’ve been here, and I’ve been going on two years," said neighbor Zavorski Martin. "The blinds stay closed. The lights stay off, basically even at night."

Some say they saw the FBI searching the home Sunday night.

"Never experienced a thing like that a day in my life," Martin said.

As for the murder of the Lyft driver, police say the victim had no relationship to Rasheed, who pulled her body out of her car and drove away.

Dean D’Ambroaia, a nearby business owner, captured it on security footage but wishes he hadn’t seen it.

"You see this stuff on TV all the time," he said. "And it wasn’t until afterwards that I realized that wasn’t TV. It was happening in the back of our building."

"We have no idea why he came to Plano," said Plano Police Chief Ed Drain.

Now, the top priority of investigators is to determine what contacts and relationships this suspected terrorist had.

"At this point we do not believe that the suspect, Imran Ali Rasheed, was provided assistance by others," DeSarno said.

Rasheed was a resident of Garland, but police in Plano and Garland say they did not have any prior contact with him outside of a traffic accident about ten years ago.

Two police officers responded to the lobby and the suspect was shot after he exchanged gunfire with officers.