A North Texas fire chief is out of the hospital after weeks of battling the coronavirus and it got emotional as he left.

PLANO, Texas - The Plano fire chief is out of the hospital and thanking all of the people who supported him while he was battling COVID-19.

Fire Chief Sam Greif had a tough battle with the virus. At times he struggled to breathe just speaking a few words.

He became emotional as he got to hug his wife Rosemary for the first time in more than two weeks.

Greif was admitted to the hospital on Jan. 3.

As part of his treatment, he received two convalescent plasma infusions. The Food and Drug Administration authorized the treatment for emergency use last year.

It allows people who have recovered from COVID-19 to donate blood which is then given to seriously ill patients.

Before leaving Medical City Plano, Chief Greif thanked all those who helped him recover.

"I don’t have words right now but I want to say I love everybody. Thank y’all for getting me out to see my wife. For the love of God, y’all stay safe out there. You don’t want this. I love y’all. I’ll see y’all later," he said. 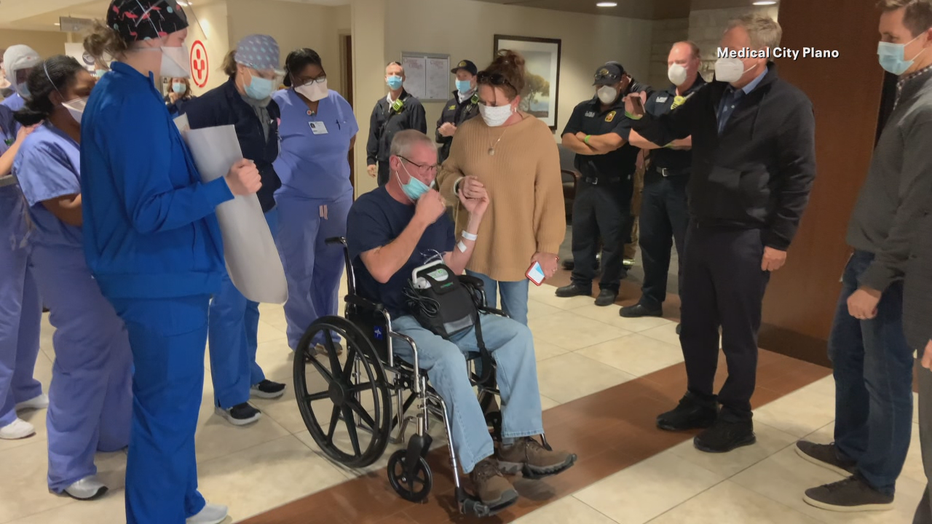 Greif was named the Plano fire chief in 2015. Before that, he served the Fort Worth Fire Department.

Members of the Plano Fire Department were there to support him as he left the hospital.

A lot of folks also sent the chief well wishes on social media.