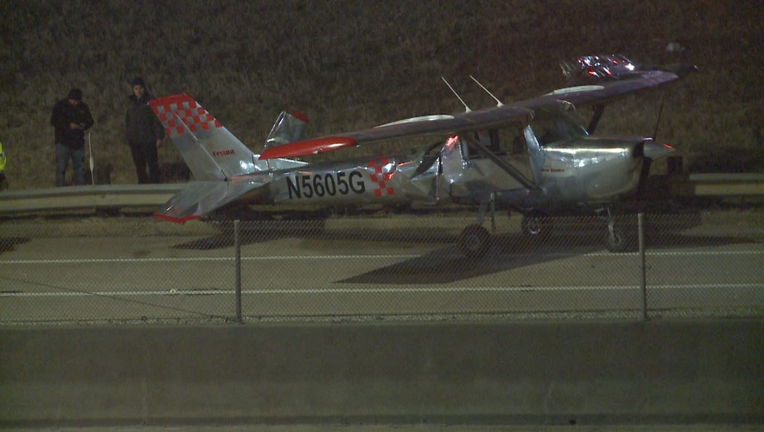 GAINESVILLE, Texas - Interstate 35 was shut down near Gainesville Tuesday night after a plane made an emergency landing.

The Federal Aviation Administration confirmed the single-engine Cessna 150 landed on southbound I-35 around 11 p.m.

The pilot reported a rough-running engine and rolled the plane under a bridge, where it was struck by a truck, the FAA said.

There’s no word on the conditions of the two people who were on board the plane. It’s also not clear if anyone in the truck was hurt.

The FAA and National Transportation Safety Board will investigate the crash.