The foundation for phase one of what is ultimately planned to be a five-acre deck park next to the Dallas Zoo is ready for the next step. TxDOT has passed the baton to the Southern Gateway Public Green Foundation to build the park.

DALLAS - TxDOT has now completed the deck over Interstate 35 that is now the foundation of Southern Gateway Park.

The deck creates a bridge over I-35 East at Ewing Avenue reconnecting historic Oak Cliff.

The goal is to transform the concrete bridge over I-35 into five acres of greenspace that will create, as it's been dubbed, a front yard for Dallas.

Leaders plan for it to all be done in just two years.

The foundation for phase one of what is ultimately planned to be a five-acre deck park next to the Dallas Zoo is ready for the next step.

TxDOT has passed the baton to the Southern Gateway Public Green Foundation to build the park. 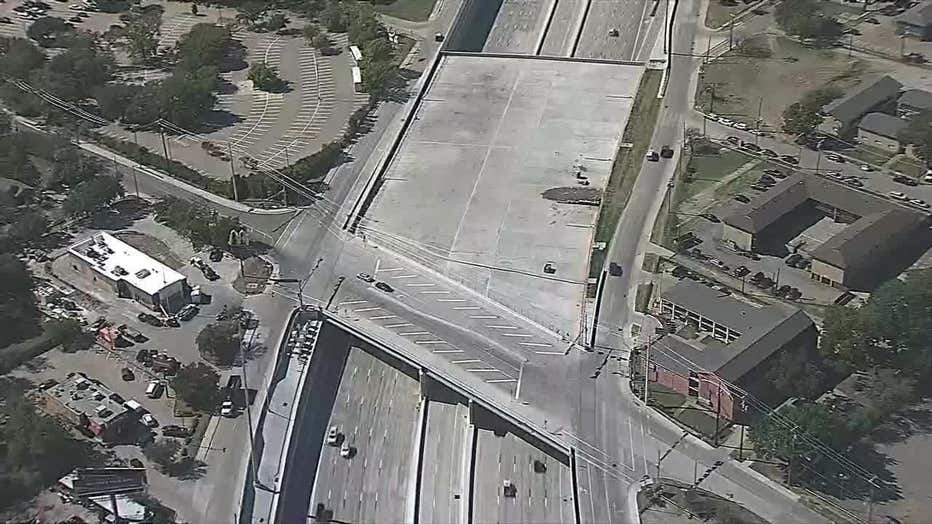 April Allen is the president of the foundation.

"Klyde Warren Park has been such an amazing success story for our city. We stand on the shoulders of Klyde Warren," she said. "They demonstrated how this can be done. Our community said we would like to see something like this in the southern sector."

Like Klyde Warren, the Southern Gateway will have space for gatherings, water features and a large kids play area. But there is a difference.

"They are over a freeway," Allen said. "Of course, we are over an interstate. Much more traffic."

Dallas Mayor Eric Johnson hopes much of that traffic, made up by people from Austin and San Antonio passing through, will see the Southern gateway as a destination.

"There is no way on Earth you can build something like this and it not stimulate the economy," he said. "It is absolutely going to create job opportunities, retail, residential you name it. It is going to be fantastic."

I-35 has long been blamed for dividing Oak Cliff when it was built in the 1950s.

Phase one of the park is 2.8 acres, which is a little more than half of the total plan that will connect Ewing and Marsalis avenues.

The Southern Gateway Public Green Foundation has raised 80% of the funds needed for phase one. It has 16 million to go.

Construction is expected to begin in the spring.