A unique program launches this week to help North Texas first responders handle the stress of their job. The program pairs officers from one department with officers from another to offer support. If it works here, it will be expanded nationwide.

DALLAS - A unique program launches this week to help North Texas first responders handle the stress of their job.

It's called the Overwatch program and is the first of its kind in North Texas. If it works here, it will be expanded nationwide.

As Dallas Police Chief Eddie Garcia detailed the Skillman Street shootout, he talked about his officers.

"My concern is not only for their physical wellbeing but all of them mentally," he said. "But particularly Officer Hemm." 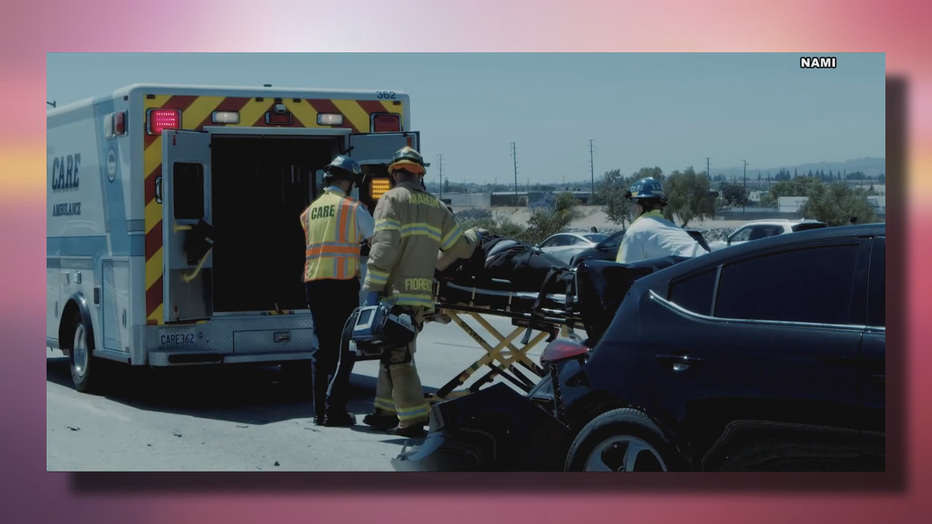 Dallas Police Officer Noah Hemm was fired on 14 times early Saturday by a man wanted on felony warrants. The suspect rammed police cars and was in a shootout with officers before he was tased and arrested. Three officers had minor injuries from the pursuit.

Officer Hemm was not among those physically injured but is likely dealing with emotional stress from the shooting.

"That is a prime example where our peer-to-peer program and NAMI North Texas could be a great asset for them," said Garland Police Officer Todd Gyure. "We've had at least one Dallas officer at least one train in our program."

The Overwatch Peer Support Program is through the National Alliance on Mental Illness, or NAMI.

"What It's designed to do is provide a regional approach to peer support for law enforcement officers correctional officers, communicators, firefighters, EMS and frontline healthcare workers," explained Chris Payne with NAMI.

Officers from across the region have been trained by Payne to provide this peer-to-peer support from an agency other than their own.

"You're gonna get to meet with someone who has kind of been there," Gyure said. "They haven’t walked in your shoes, but they have walked right next to them."

Officer Gyure came up with this idea three years ago.

"Having that guide there to help is 1,000% gonna be effective," Payne said.

"And they would know they have this confidential anonymous program at no cost to meet one of their peers from a sister agency," Gyure said.

"The state of Texas is showing there’s some resources that are out there," Payne said. "There's some ways that we can do this so that we all can be on the same page providing the mental health care our first responders need."

Officers are optimistic about Overwatch.

"I believe its gonna help our first responders and their families live happier, healthier lives and serve the public, which we're in this business to serve at a much higher level," Officer Gyure said.

The Overwatch program is free and starts pairing peers Friday morning. First responders can sign up confidentially through the NAMI website.