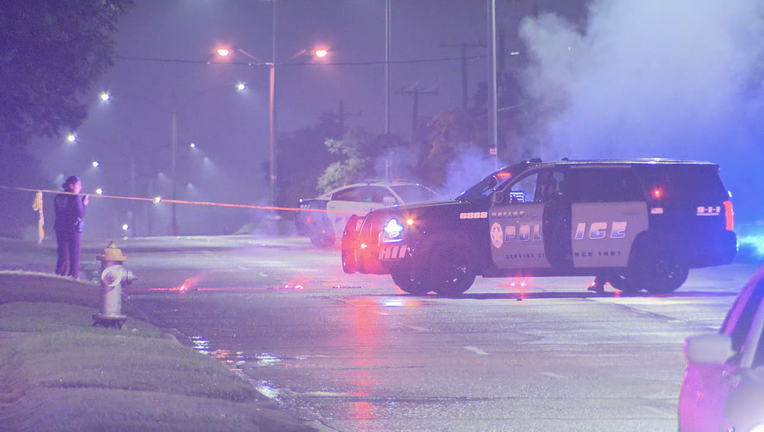 The wreck happened just after 10 p.m., as officers were responding to a shooting call, when they drove up on the scene on Jim Miller Road, near Bruton Road.

Police said the pedestrian, who has not yet been identified, was struck while trying to cross the street, but he was not in a marked crosswalk. He was pronounced dead at the scene.

The driver involved stayed at the scene and is cooperating with the police investigation.