The East Texas city is in Cowboys country, but most people there support the team led by Whitehouse’s own Patrick Mahomes.

The East Texas city is in Cowboys country, but most people there support the team led by Whitehouse’s own Patrick Mahomes.

"He's been in the league for such a short time, and now here he is and going back for the second time, it is pretty exciting," Mahomes’ high school coach, Adam Cook, said.

The city of less than 9,000 painted the town red last year, and the pandemic didn’t stop them from doing the same this year.

Coleman Patterson, one of Mahomes' childhood friends, was on the receiving end of touchdown passes years ago at Whitehouse High School.

Now, he gets to see his friend compete on the highest level.

"It’s just an amazing opportunity to go to a Super Bowl, but it makes it even better that one of your best friends is the starting quarterback trying to dethrone the king, and we are excited to go show some support and see if the Chiefs can run it back," Patterson said. 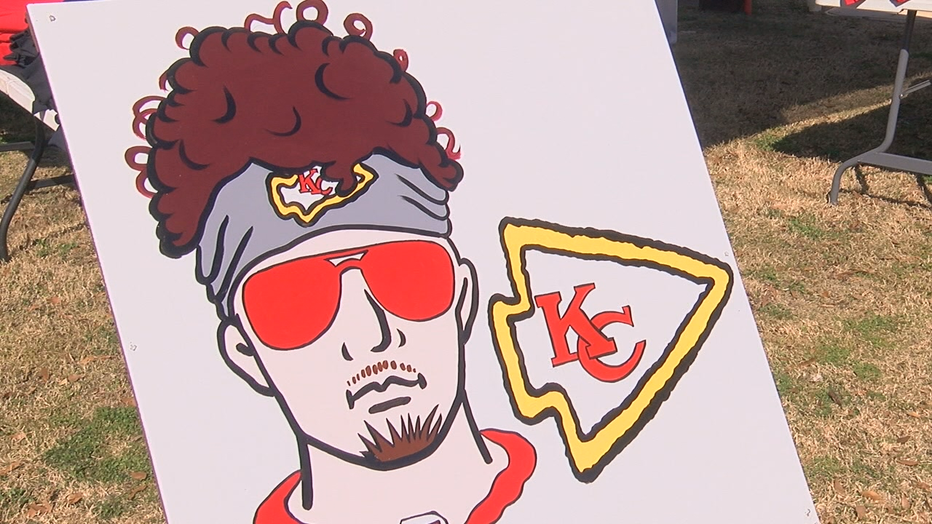 Cook said that the leadership and humbleness Mahomes shows now with the Chiefs were clearly on display when he was a teen.

"I just happened to be through these hallways and working here when Patrick came through, humbled, blessed and understanding. It’s a great opportunity when you are talking to kids because it’s so real," Cook said.

In his three years as a starter, Mahomes has won the NFL MVP, won the Super Bowl, and was also the MVP of that game.

For those who know him best, despite his increasing fame, they say Mahomes is still the same East Texas kid they knew years ago.

"We have a really close friend group. We all keep in touch, we chat every single day and we update each other with what's going on in our lives and things we are looking forward to," Patterson said. "This is one of the things we look forward to and he’s excited to share the moment with us. Us as fans, and friends at the same time.