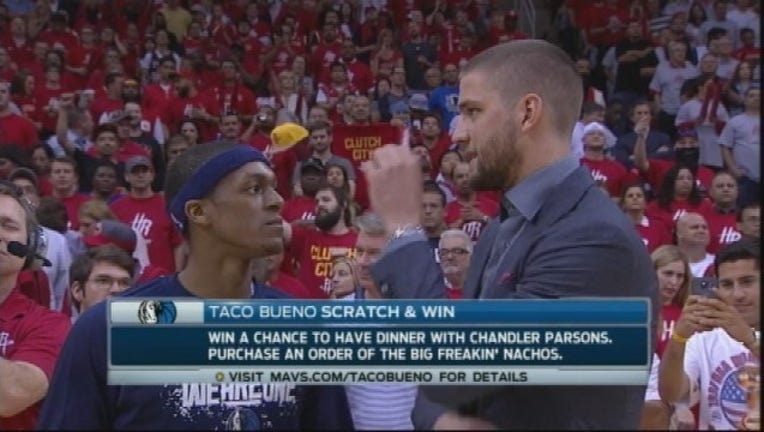 Mavericks forward Chandler Parsons is done for the season and guard Rajon Rondo is out indefinitely with an injury.

The club made the announcement a day after the Mavs fell to 0-2 in a first round playoff series against the Houston Rockets.

Parsons "is currently exploring surgical options to address his right knee" according to a Mavericks statement. Parsons played 36 minutes in Game 1 of the series, but wasn't cleared by doctors to play Tuesday night in Game 2.

Rondo, who only played limited minutes in Game 2, sustained a back injury at some point during the game according to the Mavericks. The team says he is out indefinitely.

Mavericks coach Rick Carlisle said at a Wednesday afternoon press conference that he didn't expect to see Rondo in a Mavs uniform ever again.

"We're moving forward. We've got a series to win. We've got to win Game 3 with the guys we have," Carlisle said.

Game 3 of the series is Friday at 6 p.m. in Dallas at the American Airlines Center.