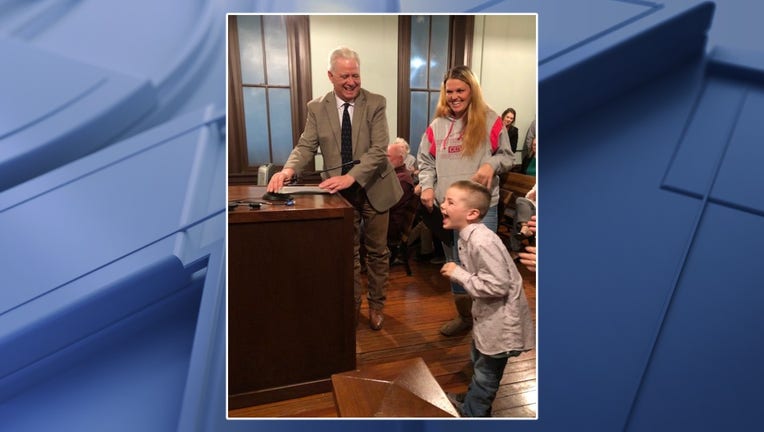 WEATHERFORD, Texas - A woman was honored by Parker County Commissioners for saving the life of a boy who was being attacked by a dog.

A 7-year-old Azle boy returned to school this week after being mauled by a neighbor's dog.

"He was dragging him, shaking him," Parker said.

She ran outside to help and called 911. Then after grabbing a stick, she hit the dog until she could pull the child to safety.

"As I rounded my house could see a child on the ground, the dog was shaking him like a chew toy. That when I called 911. He had Connor, was taking him through the ditch to his yard," she said. "Every time I got the dog off, he would turn and go right back to Connor because he was crying. It was horrible."

Eventually the dog retreated, and Conner was taken to the hospital.

His family believes Parker is the reason he is still alive. 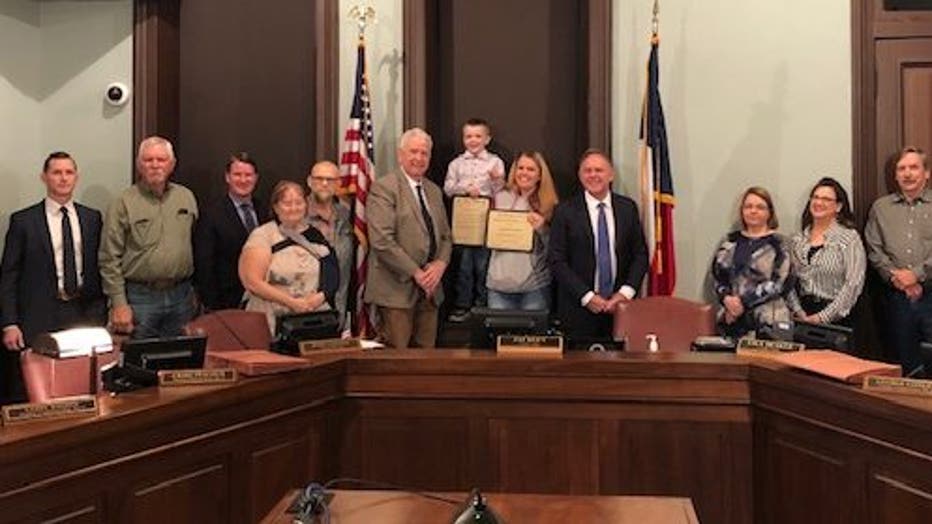 On Monday, Parker County Sheriff Russ Authier presented her with the county’s Life Saving Award for her heroic actions.

Commissioners praised her efforts to get Conner to safety even though the dog came after her at times.

The dog’s owner, 49-year-old Pattie Jean Bell-Neveling, was charged with a third-degree felony for not having the animal properly secured.

The dog was euthanized after the attack.