Dallas area home builders say they are running into higher costs because of a shortage in supplies.

DALLAS - Dallas area home builders say they are running into higher costs because of a shortage in supplies.

Alan Hoffman, founder of Hoffman Homes, says extreme lumber costs are increasing the price for a typical $300,000 home by $30,000.

"We can safely say a 300% increase in lumber costs, that is a dramatic increase," Hoffman said. "We don't want the lumber industry to capitalize on a crisis. Is gouging going on? I don't know."

"A sheet of plywood is $37 dollars. A year ago it was $7. Two to three weeks from now will be $40," said Phil Crone, Dallas Builders Association.

The lumber industry blamed social distancing for reducing its output, but the excuse rings hollow to Crone.

"The biggest issue is not necessarily the distancing and safety measures, it’s that they are only running two shifts when they could run three. A lot of people are unemployed looking for a job, seems logical they would get in there and fire on all cylinders," he said. 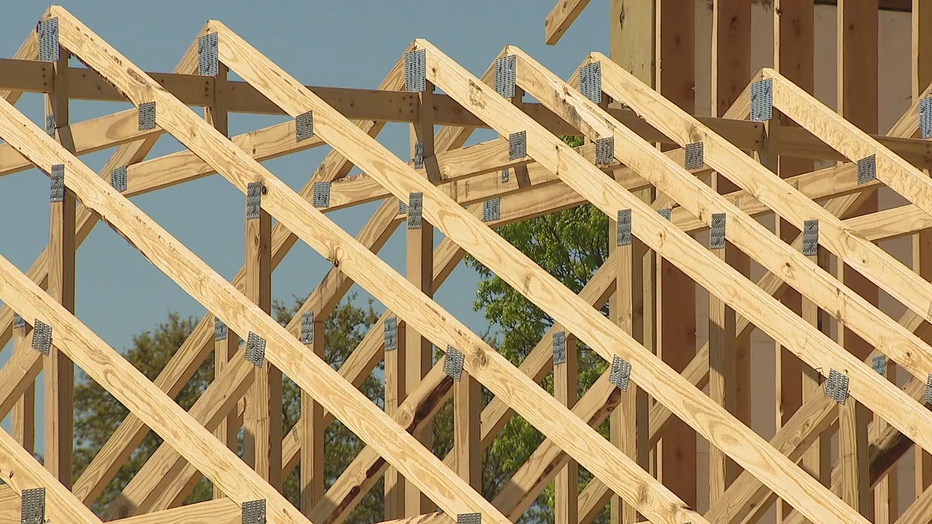 Competition in the lumber industry is limited right now due to tariffs imposed on Canada by the Trump administration and not yet ended by the Biden administration.

"Along with getting through worst of pandemic, getting economy back on track needs to be a priority," Crone said. "Housing has been leading this economy, but biggest encumbrance is supply issue, lumber."

The Dallas Builders Association says for every $1,000 increase in a home, it prices out 20,000 potential Texas home buyers. In the case of lumber costs, it’s an increase of tens of thousands of dollars.

"Everyone has limit in terms of how much mortgage you can afford," Crone said.

Hoffman's premium type of construction, which utilizes steel and concrete for the exterior, for the first time has become the less costly than traditional lumber.

With existing inventory in North Texas roughly a quarter of what it was a year ago, buyers have few alternatives.