Dozens of parents and activists spoke out at Fort Worth ISD’s school board meeting Tuesday angry at the superintendent. They claim the district is forcing critical race theory on students.

FORT WORTH, Texas - Dozens of parents and activists spoke out at Fort Worth ISD’s school board meeting Tuesday angry at the superintendent. They claim the district is forcing critical race theory on students.

House approval of an amendment to HB 3979 is all that is left before the so-called critical race theory bill heads to Governor Greg Abbott's desk.

The Senate added the amendment when passing it over the weekend. The House passed it earlier this month. But Fort Worth and Dallas superintendents call the bill too broad.

A vocal group of Fort Worth ISD parents expressed outrage Tuesday over critical race theory demanding the district not include it in the curriculum. 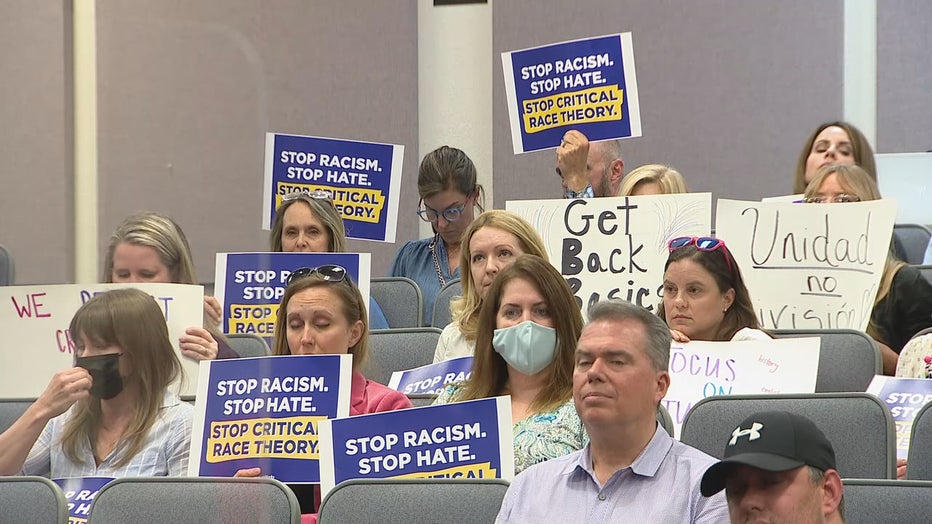 The 40-year-old academic movement aimed to examine social, cultural and legal issues as they relate to has been a topic of contention in the Texas Legislature and school board meetings across the state and country.

In it, they argue that both Senate Bill 2202 and House Bill 3979 are "too broad" and would both suppress "critical classroom conversations" and "discourage civic engagement" by students.

"He wants microaggressions, implicit bias and anti-racism to be taught in schools," said parent Traci Jenkins. "I posit that these ideals themselves are racist at their very core."

"I don’t know what y’all think we’re doing in classrooms right now," she said. "We’re totally focused on your students."

Checka says educators must include all aspects of history, even those that may be uncomfortable.

"That’s what we’re talking about here is the totality and the richness of our country’s history," she said.

Former Fort Worth ISD student Carlos Turcios says instead of teaching students that America is a racist country, the district should focus on building entrepreneurship skills and mentoring programs.

Critical race theory was not on the school board agenda Tuesday night, so the school board did not address the issue. But a district spokesperson told FOX 4 the district currently has no plans to include it in its curriculum.