A new court filing shares details about the mindset of alleged Oxford High School shooter, as well as information about his parents.

OXFORD, Mich. (FOX 2) - Oakland County prosecutors claim that the parents of accused Oxford High School shooter Ethan Crumbley knew the boy was depressed before the shooting yet did nothing.

Prosecutors filed a brief that shared more details about the Crumbley family and circumstances of the shooting on Thursday, the day after the lawyers for James and Jennifer Crumbley asked to have their bonds lowered.

The Crumbleys are being held on $500,000 bonds in connection with the school shooting their son is allegedly responsible for. Both parents are facing charges, and they are accused of buying a gun for 15-year-old Ethan Crumbley days before the Nov. 30 shooting.

According to the brief, the parents knew their son was depressed. His only friend had moved away at the end of October, the family dog had died, and he was sadder than usual. Prosecutors allege that he sent his mother texts about his state of mind.

Ethan Crumbley also allegedly tortured baby animals and left a baby bird's head in a jar on his bedroom floor. Prosecutors allege he later put that jar in a school bathroom. 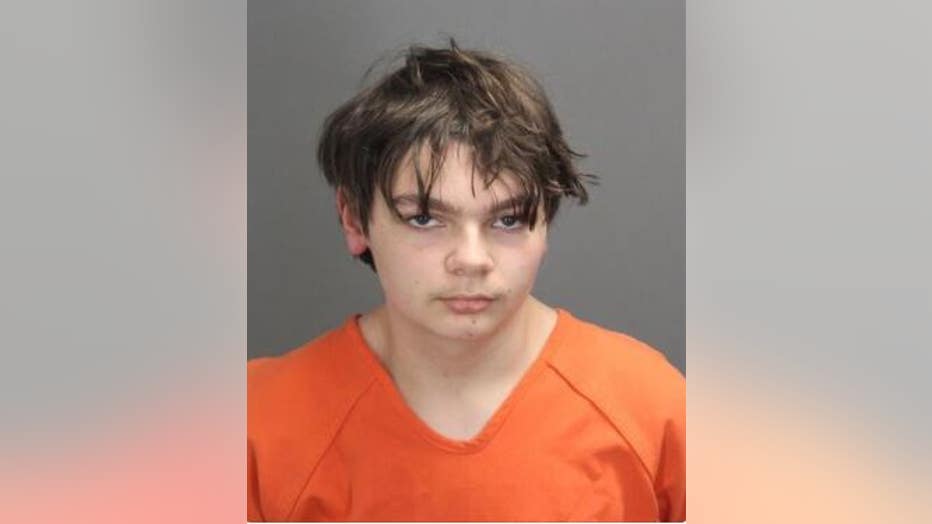 The parents are also accused of knowing that Ethan Crumbley was fascinated by guns, was looking up ammunition at school, and watched violent videos hours before the shooting.

Despite this, prosecutors say his parents purchased him a gun rather than addressing his mental state.

The day of the shooting, officials allege that Ethan Crumbley made drawings and wrote things on a test that concerned a teacher. Prosecutors shared those drawings in the brief. 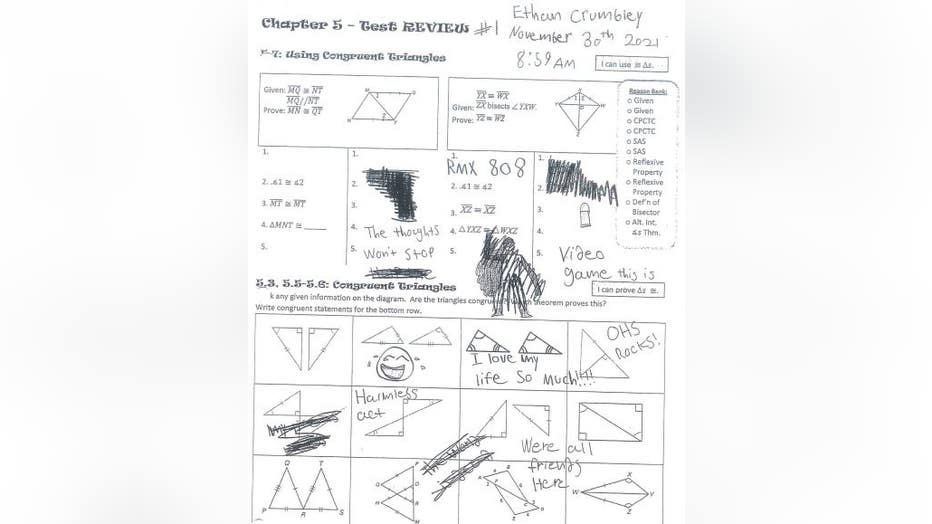 Officials said a teacher took a photo of the paper before Ethan Crumbley scribbled out some of the words and drawings. That teacher notified school administrators, who met with the teen and his parents shortly before the shooting.

Ethan Crumbley's parents allegedly declined to take him home from school after the discovery of the drawings.

Prosecutors argued in the brief that the Crumbley parents are a greater flight risk than they were when they were first arrested and therefore should not have their bonds reduced. 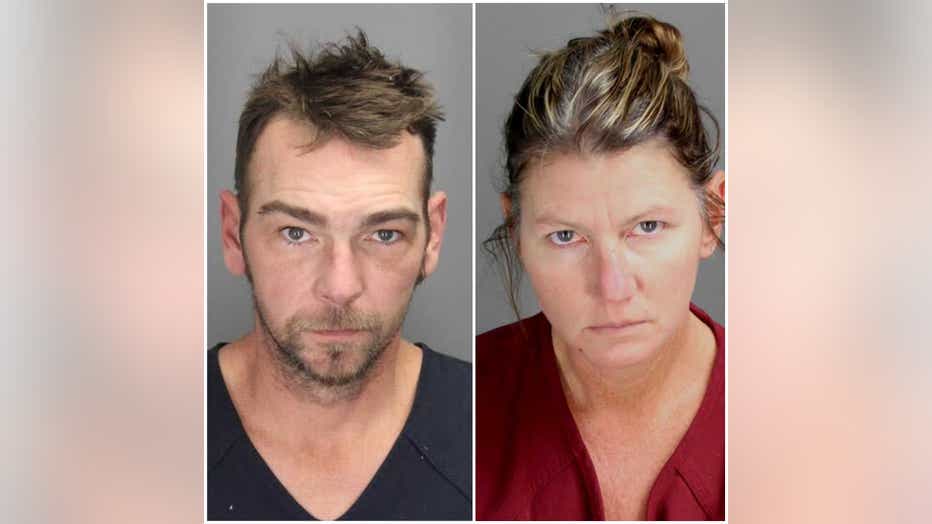 The Crumbleys were arrested early Dec. 4 in a building in Detroit. After they were charged, they were expected to turn themselves in, but authorities started a manhunt for Jennifer and James Crumbley.

Attorneys for the Crumbleys claimed that the pair had left the area after the shooting for their safety and were on their way back once charged.

The brief noted that the couple is more than $11,000 behind on house payments, have sold their horses, and have their house up for sale, indicating that they are at risk of fleeing if released from jail, prosecutors said.

A judge is not expected to review the bonds before Jan. 7.