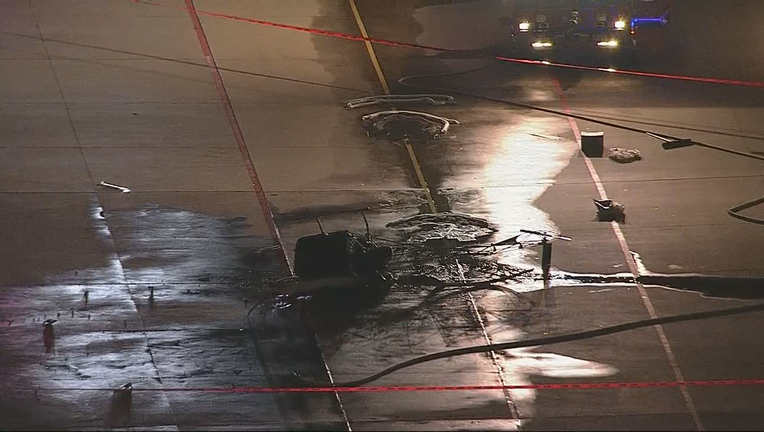 MCKINNEY, Texas - A helicopter explosion in McKinney Thursday evening sent one person to a hospital with burn injuries.

Witnesses told authorities someone was working on the helicopter and then tried to take off.

The helicopter reportedly tilted to the side and that’s when the explosion happened.

The person inside was able to get out. They were taken to a hospital with burns, but their condition was not released.

The FAA will investigate what led up to the explosion.