Police say a man banging a skateboard inside NorthPark Mall caused shoppers and workers to run for the exits. It sounded to many people like gunfire, but police say there were no shots fired and no injuries.

Videos on social media show people being evacuated from the mall around 1:30 p.m.

Dallas Police Chief Eddie Garcia says a man was banging his skateboard in the food court and then made a gesture with his hands as if he was shooting a gun.

People inside mistook the sound for gunshots and started running outside and taking cover. However, no shooting ever took place.

"As it turns out, it was a mentally disturbed individual with a skateboard who started pounding the skateboard on the floor. That sound obviously caused a panic," Garcia said. "When the crowd started running, the individual focused on that and then began doing hand gestures, as if he was shooting into the crowd, which further escalated the situation."

Witnesses describe a chaotic scene with alarms ringing and authorities telling people to evacuate. Some people were locked down inside stores.

Rebecca Roberts is pregnant and ready to have her third child next week. She feels fortunate she wasn’t injured while everyone was running away.

"We were inside the LEGGO store and some lights started flashing, indicated that there was some sort of incident going on," she recalled. "So we immediately left the store and proceeded to the nearest exit. And as we headed toward the exit, we saw a wave of people rushing out the exit as well. So I scooped up my 3-year old, my husband scooped up our 5-year old, and we got out."

The man was taken to a hospital for a mental evaluation. It's unclear if he will face any charges.

With the Memorial Day holiday, there were thousands of people at the mall.  Fortunately, police say no one was injured in the chaos.

The mall has since been reopened. 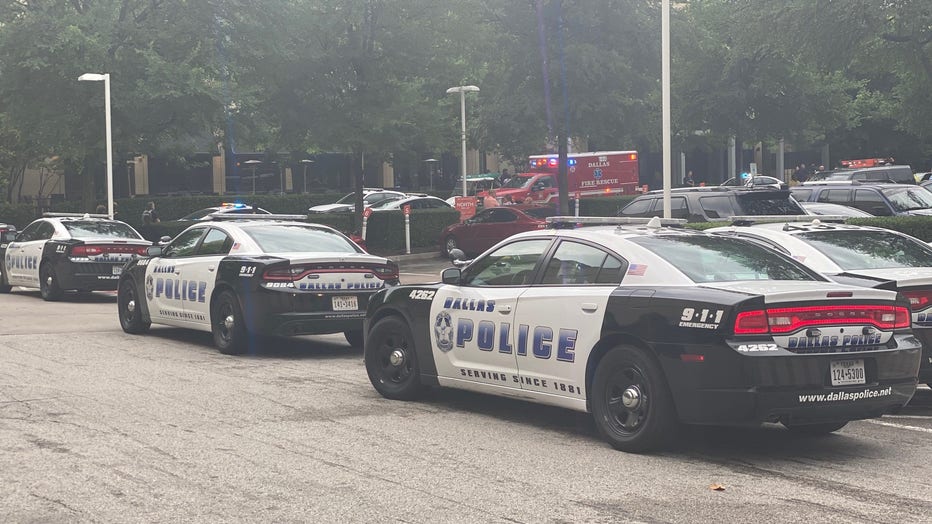