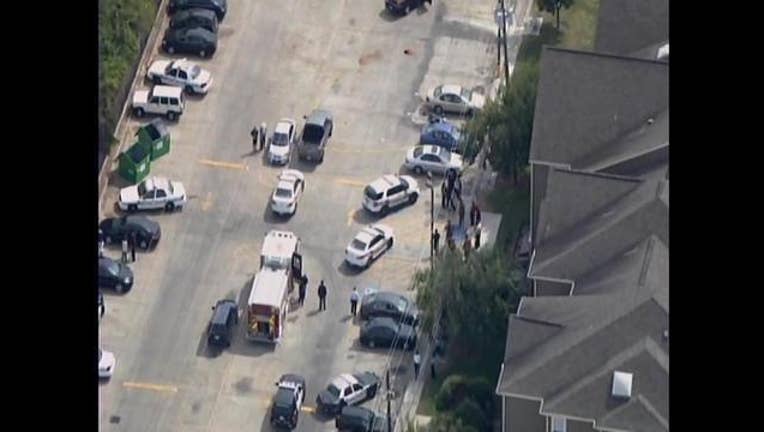 One person was killed and another wounded during a shooting Friday at a Texas Southern University student-housing complex, and the Houston campus has been placed on lockdown, university and police officials said.

Houston police spokesman Kese Smith said a possible suspect has been detained. The shooting was reported around 11:30 a.m. at University Courtyard Apartments, a student-housing apartment complex on the edge of campus.

Smith said it wasn't clear whether the individuals were students, but he said one person was killed and another person was wounded.

University spokesman Kendrick Callis said the campus is on lockdown and classes have been cancelled at the school, which has about 9,700 students.

Police and emergency vehicles were at the scene, though no additional details were immediately available.

The incident follows a fatal shooting earlier Friday at Northern Arizona University, where an overnight confrontation between students escalated into gunfire that killed one person and wounded three others. Last week, eight students and a teacher were fatally shot at Umpqua Community College in Oregon. The gunman in the Oregon shooting also wounded nine people before turning the gun on himself.