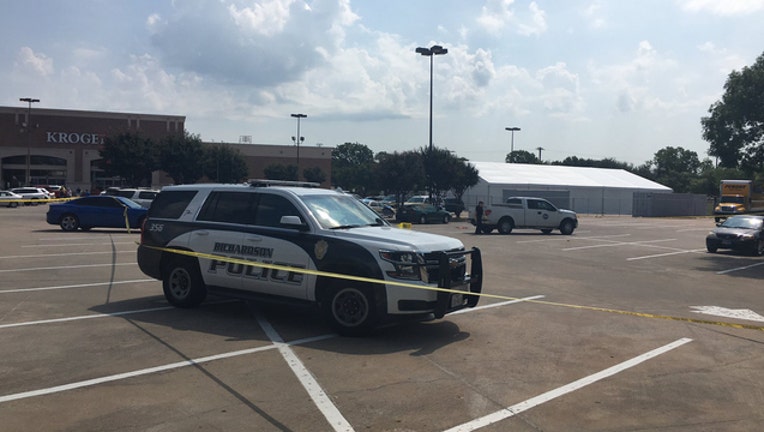 RICHARDSON, Texas - One person was killed and another injured Tuesday morning in a stabbing incident at Kroger in Richardson.

Richardson police said the stabbings happened about 8:30 a.m. in the parking lot of the grocery store in the 100 block of N. Coit Road.

Police do not believe there is any relationship between the victims and suspect Armando Navarro, 26, who has been charged with capital murder and aggravated assault.

Police say they tracked down and arrested Navarro after he drove off in one of the victim's cars and caused two separate crashes in Richardson and Dallas.

Police have identified Artuto Negrete, 42, as the man who was killed. The injured person is a 52-year-old man, who was taken to a nearby hospital by family members. Initial reports incorrectly stated a woman was one of the people injured.

Richardson police said Navarro remains in custody at the city jail and the investigation into his motive is ongoing.