On Your Side: Your attempts at recycling may be doing more harm than good

A staggering amount of consumers are recycling wrong, and it comes at a cost of cash, and even safety.

PLANO, Texas - Your attempts at recycling may be doing more harm than good.

So much harm, it's being dubbed "wish-cycling."

A staggering amount of consumers are recycling wrong, and it comes at a cost of cash, and even safety.

For Guilermo Pabon, the road to the landfill is paved with good intentions.

“May be good intentions to recycle, but it doesn't have any purpose for us,” he said.

He’s at Republic Services Plano Service Center, where they're trying to re-educate recyclers who's toss-aways are tainted.

That not only means high costs to process, recover, transport, and dispose of your trash, but it also presents a real danger. 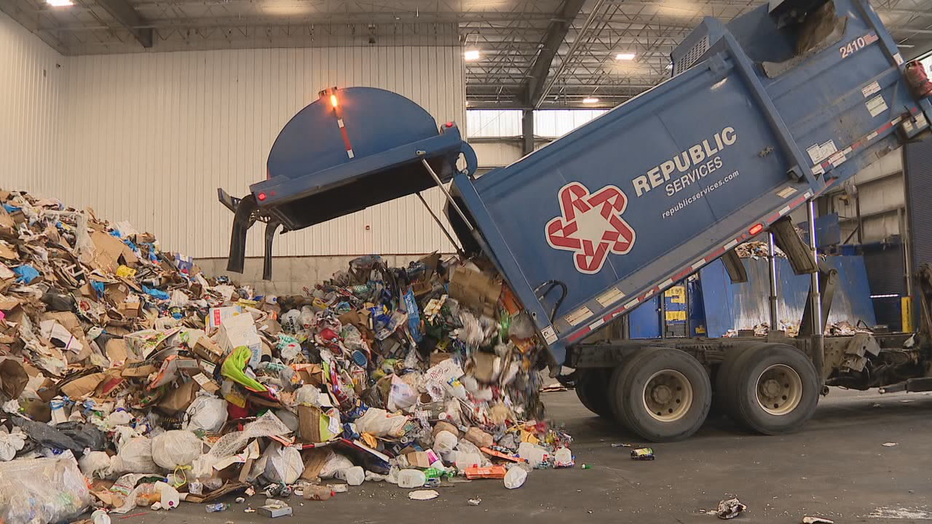 The facility is a year old, and the recycling center that used to be there burned to the ground.

The entire building was a casualty of consumers recycling wrong.

A fire broke out, ignited by a battery someone tossed in the recycle bin.

“If [batteries] get punctures, they have the ability to start a fire,” Pabon said.

Even if the batteries no longer provide power, they can still start a fire.

Pabon said their facility has had three fires over the past week.

The hard part of getting people to realize the problem, is that the idea of recycling makes us feel good.

Even though we're really bad at it

If you think you're helping by shredding your paper first, you’re not.

None of it is recyclable.

And those cans and bottles you’re crushing to save space in the bin?

“The technology we have is going to separate the 2D from the 3D material,” Pabon explained.

They are useless, because the sorters can’t recognize them as recyclables.

If you leave food or liquids in anything, those get tossed out too. Along with everything around it

Pabon said recycles should be “empty, clean, and dry.”

And loose bagging your recyclables is a bad idea.

The problem is so bad, that recycling wrong is worse for the environment than not recycling at all.

So what can you recycle?

Lids by themselves are too small and should always be attached to their container.

And as for those electronics, they need to go to a special facility.

Click here for more information on recycling from Republic Services.