On Your Side: The Boy Who Could

Her doctors said her son wouldn't live past the age of 6 and would never walk or talk. But one North Texas mom prefers to see hope instead of heartache.

Her doctors said her son wouldn't live past the age of 6 and would never walk or talk. But one North Texas mom prefers to see hope instead of heartache.

When COVID shut down her job, she started writing to inspire others about "the boy who could."

If everyone has a story to tell, Angie Slagle's should be a bestseller. She’s a surgical assistant by trade. But what was supposed to be a familiar sound when her own son was born wasn't.

"From the moment that I heard his voice, his cry was so different," she said. "And that's when I realized something wasn't quite right."

Her newborn, Andrew, was diagnosed with cat eye syndrome.

"Kids don’t live past the age of six," Slagle said. "They usually have tumor in their kidneys or one other organs, and that was devastating."

Slagle was told that during his short life, Andrew would never walk or talk or be able to care for himself.

Years went by, and Slagle did everything she could.

"I hired ABA speech therapists, physical therapists, an entourage of people to help him," she said.

This time, the diagnosis changed to CHARGE syndrome. It’s an acronym that stands for coloboma of the eyes, heart defect, atresia, retardation GI and ears that are deaf.

It was devastating news to any parent. But Slagle heard hope.

"He didn't say anything about longevity, so I thought we’re looking up," she said.

By 3, Andrew was reading. By 8, he spoke for the first time. Then when genome testing became available, there was a final diagnosis of PACS1 gene mutation.

"It just doesn’t matter what box they put them in," Slagle said. "Forget about it and just treat him or her as a typical child. Just feed them and help them grow."

It's the message marked by the pages of her new book: "The Boy That Could." The main character is Andrew. The idea came to her during the COVID closure.

So Slagle did what she's always done and looked for opportunities instead of obstacles. It’s something she sees, Andrew, who is now 16 years old and thriving, do every day. 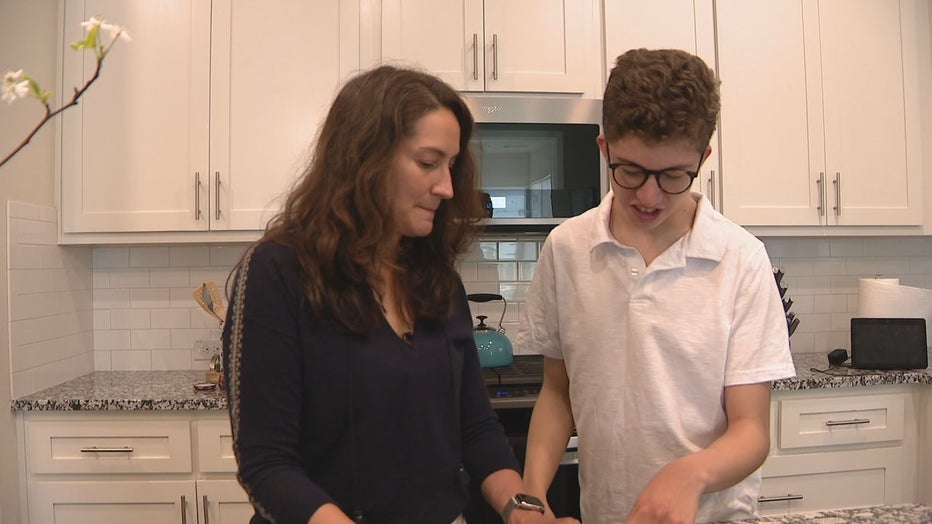 After all, Andrew is "the boy that could" because his mom doesn't believe in "could not."

Slagle wrote five children's books about Andrew during the COVID closure. Each one is a story about hope and determination.