On Your Side: Faulty Samsung Fridge

Samsung is facing fallout from more than 50,000 members of an online forum. Many of them say they bought a faulty fridge and want it recalled.

ROANOKE, Texas - Samsung is facing fallout from more than 50,000 members of an online forum. Many of them say they bought a faulty fridge and want it recalled.

Ruthann McDonald from Roanoke says you can file her Samsung fridge under "failure."

According to service records, she's had the icemaker replaced four times and she says it still has the same problem.

McDonald says the unit ices over and leaks, and the inside temperature of her fridge is seven degrees higher than it's set to and four degrees warmer than what the FDA says is safe for food storage. 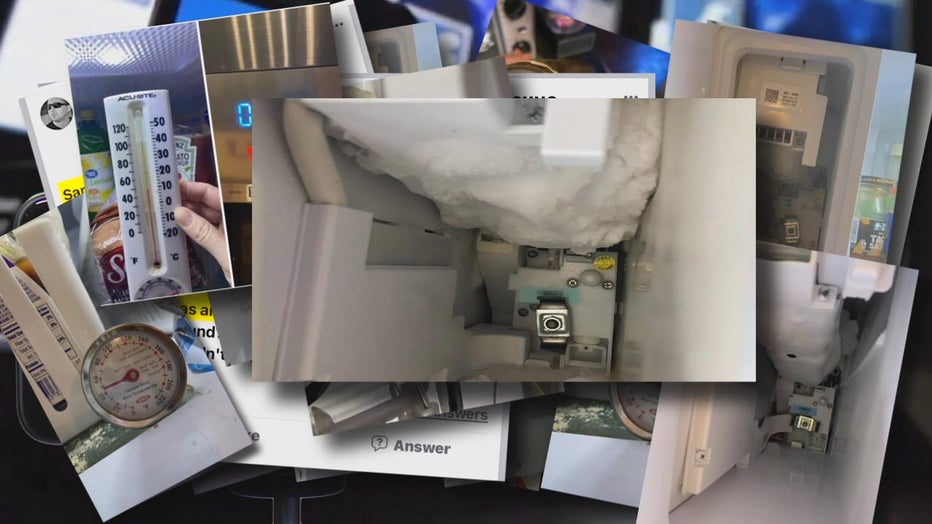 FOX 4 contacted Samsung on McDonald’s behalf. They sent a technician out to fix the fridge for a fifth time. Once they arrived, they offered her a prorated refund and said in part: "We regret (her) experience. Our customers are top priority and we're here to help."

But McDonald says it’s not just her model.

A class-action lawsuit names a laundry list of Samsung refrigerator models with the same icemaker issue. And not everyone is getting the same speedy solution McDonald got.

McDonald is part of a private Facebook group called "Samsung Refrigerator Recall USA Now," where more than 51,000 consumers from as far away as Australia post about their own temperature troubles and frozen Samsung icemakers. Some are sparking while others they say caught fire.

One woman posted in the group that she needed surgery after she swallowed a broken piece of her Samsung icemaker and it tore her esophagus.

Tom O'Shea got a refund for his Samsung fridge and is one of the group's moderators.

"I was willing to go to court even if I lost," he said. "This is not easy. This is a marathon."

It’s a marathon because many say the manufacturer seems reluctant to help. While some have gotten money back, others have even gotten reimbursed for spoiled food. Post after post detail consumers begging for help to get their fridge fixed.

"They say this is not a known issue. We have never heard about it before. They just outright lie to people every day," O’Shea said.

We tested that theory by anonymously texting Samsung support and describing the same icemaker issues. We gave the same model and serial number as McDonald's and asked if this was a known issue.

We were told, "I checked, and there are no complaints."

Samsung's own service bulletin sent out in 2017 describes the same freezing, buzzing and leaking and includes 88 affected models, including McDonald’s.

We turned to Samsung for more answers three times, but their initial statement in response to McDonald's complaint was the only comment they'd make.

It's a complete 180 for the tech giant who for the last decade has rolled out the red carpet for FOX 4 every time they had a product or new service to introduce to consumers. The company has been incredibly accessible when they have something new to sell. But when thousands of customers are complaining, they are silent.

"I think if we had done our research on this refrigerator we wouldn’t have bought it," McDonald said.

And if you're thinking to just do better research before buying, the same faulty fridge for which O’Shea got reimbursed was just named top-rated by US News and World Report.

If you have one of these faulty fridges, join the Facebook group where members openly share the same steps that have resulted in Samsung refunding more than $6 million to them.

Our question to Samsung is if you're sending out checks to some, why doesn't every complaining customer get the same consideration?