FOREST HILL, Texas - Forest Hill police and the Texas Rangers have pretty much shut down communication about a police shooting at a convenience store.

They did acknowledge two people died, but other agencies are providing some details about what happened.

This entire parking lot of the QT gas station near Interstate 20 and Wichita Street was taped off for about 12 hours Wednesday as Texas Rangers and Forest Hill police collected evidence.

Part of the crime scene even stretched into a ditch just north of the gas station where a dead dog was found possibly belonging to one of the deceased.

It all started just after 5 a.m. Wednesday morning when Forest Hill police arrived at the QT gas station. 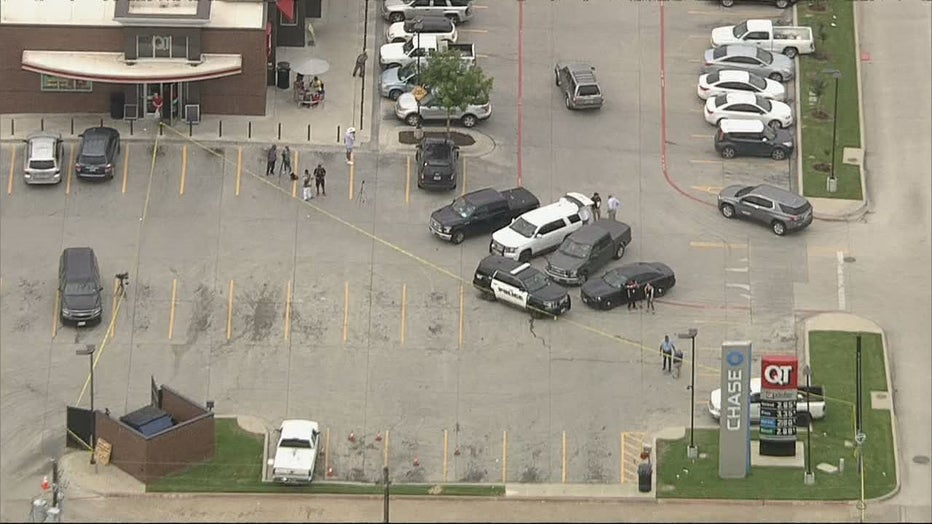 Forest Hill police have not revealed details about what happened or what prompted the call, only confirming an officer-involved shooting occurred.

The Combined Law Enforcement Associations of Texas, or CLEAT, says officers shot a man who was stabbing a woman in a parking lot.

A MedStar spokesperson told FOX 4 they responded to the gas station and cared for two trauma victims: one man and one woman. MedStar couldn't elaborate on the nature of their injuries but said both were transported to nearby trauma centers in critical condition.

FOX 4 reached out to the Forest Hill Police Department several times for additional details, but wer received no updates.

The Texas Rangers are investigating the shooting. They say due to the ongoing investigation no further information is currently available.