The fault-finding comes from the NTSB's accident report on the June 2019 crash at Addison airport.

The fault-finding comes from the NTSB's accident report on the June 2019 crash at Addison airport.

On June 30, 2019, 71-year-old Pilot Howard Cassidy and his co-pilot boarded the small aircraft at Addison Airport sometime before 8 a.m. for a flight to Florida. Also on board were a Dallas restaurateur, his family and two other couples.

According to NTSB’s report, the plane was cleared for takeoff at 9:09 and 46 seconds. 48 seconds later, video shows the plane taking off. 17 seconds later, it crashed into an airport hangar.

Days after the crash, NTSB addressed the brief conversation in the cockpit moments before the crash. 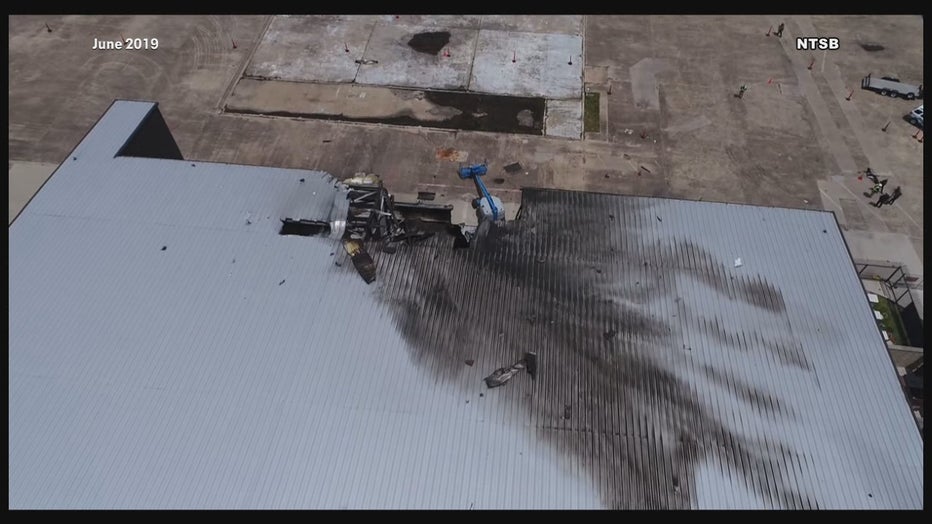 The report says the confusion was over the left engine, which seemed fine before takeoff but failed during takeoff.

Retired airline pilot Denny Kelly explains that when the left engine fails, a trained pilot knows to immediately step on the right rudder to keep the plane level.

The NTSB says Cassidy likely mistakenly stepped on the left rudder instead.

"And by the time they realized what they had done and went over and stepped on the right rudder pedal, the airplane was upside down and crashed," Kelly said. "There was nothing they could do about it."

The report goes on to say the pilot was likely startled by a loud warning noise and that if the pilot had acted sooner, he could have maintained control.

"In this case, I knew him and had flown with him and it was quite a shock to me," Kelly said. "I found him to be competent."

NTSB investigated for 23 months, examining debris from the crash site and even using a drone to recreate the plane’s flight path.

Investigators say they still don’t know why the left engine failed, and it’s likely they never will.