There are several stubborn wildfires being pushed by winds across North Texas. The biggest is the so-called Chalk Mountain fire in Somervell County that's already burned 6,000 acres and is only 10% contained.

GLEN ROSE, Texas - Firefighters continue to battle wildfires across North Texas. The Texas A&M Forest Service reports there are seven in the area.

The fire around Possum Kingdom Lake in Palo Pinto County has only scorched 500 acres but that includes several vacation homes and lake houses. At last check, it was about 10% contained.

The biggest is the so-called Chalk Mountain Fire in Somervell County that’s burned 6,000 acres and is also only 10% contained. It has destroyed more than a dozen homes.

An evacuation center was set up at the Somervell County Expo Center for people displaced by the fire near Glen Rose. About a dozen people stayed there overnight, while others checked into a nearby motel. 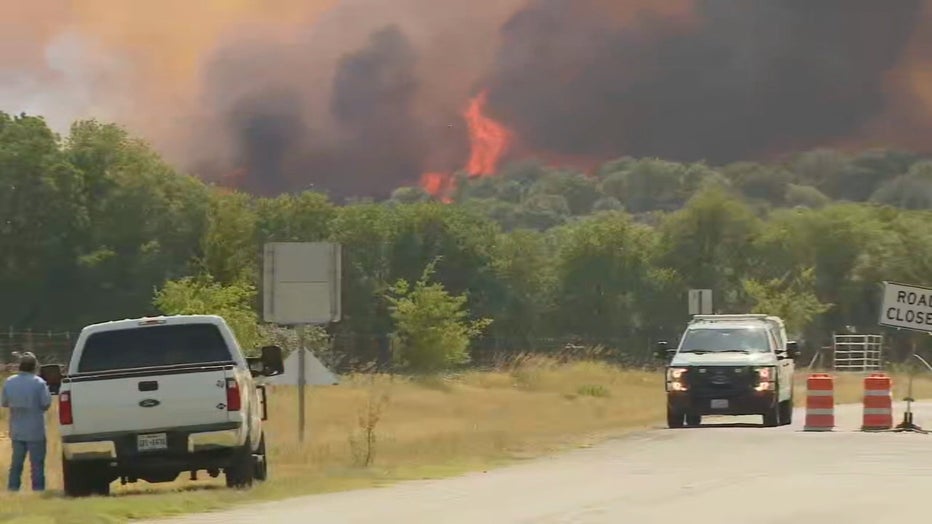 Officials said the fire became very active Tuesday afternoon and the hot and windy weather offered no help to firefighters.

Evacuations are still voluntary, but one resident said it became clear that staying at her ranch would probably not be a good idea.

"You could just see flames and smoke and it was spreading out like, you known, from one place to the next," said Star Seay, who evacuated. "It got up to our gate, but we were already gone. I have friends that have lost everything and not knowing about my place, that’s the whole thing. And you can’t get information out of anybody."

Seay is understandably anxious to find out if her range and home are still okay.

In addition to the fires in Palo Pinto and Somervell counties, there are also several fires burning in Van Zandt and Kaufman counties in North Texas and more in other parts of the state. For a map of all active wildfires, visit public.tfswildfires.com.

The firefighters are hoping possible rain and slightly cooler weather on Thursday will help.