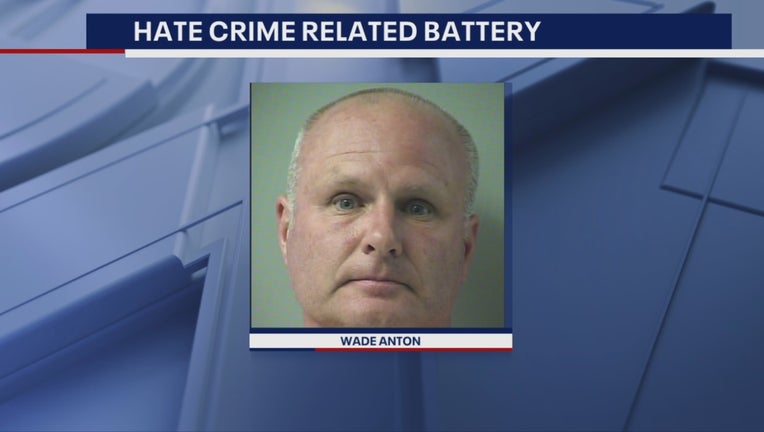 FORNEY, Texas - A man from North Texas is charged with a hate crime in the Florida panhandle.

Investigators said Anton, who is from Forney, east of Dallas, shouted racial slurs at the man’s wife and children after the children pet his dogs and he told them to stop.

The father reportedly pulled a gun as Anton punched him several times.

Anton is charged with a hate crime-related battery and was released from jail on bond.