Several young people from North Texas are back home after coming dangerously close to the conflict between Israel and Hamas.

DALLAS - Several young people from North Texas are back home after coming dangerously close to the conflict between Israel and Hamas.

There were screams of joy and raw emotion after nine long months apart.

"We couldn’t wait for this moment to see her walking towards us and know that she was safe," parent Ruthy Henkin.

"You got to know that God is in control and it really helped us get by," parent Scott Henkin.

Overwhelming relief replaced frayed nerves for parents watching from a world away as Israeli-Palestinian violence ratcheted up. 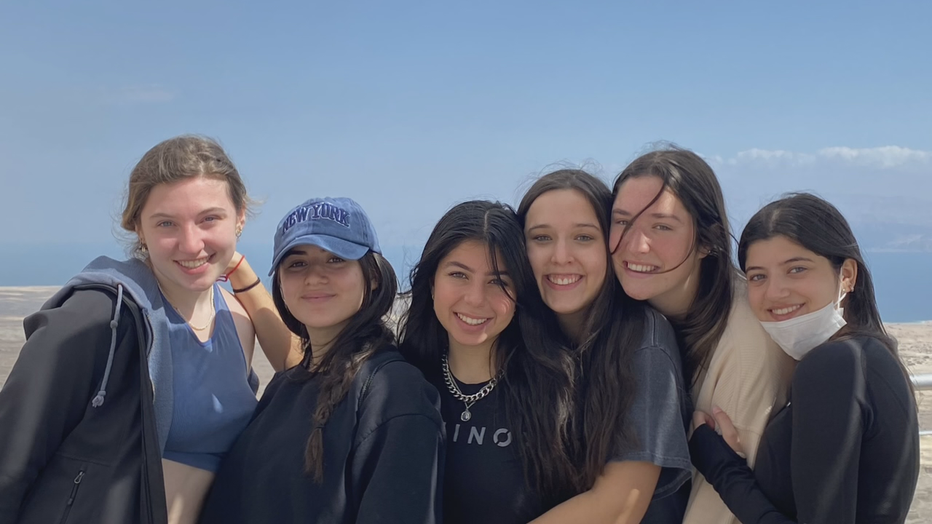 Their children were studying and volunteering in Israel through a gap year program.

"We honesty did not know what was going to happen," 19-year-old Stephanie Henkin said.

She captured cell phone video when their bus broke down and missiles started flying on a recent day trip near Gaza.

"A rocket came over us and a security guard got on the bus and screamed, ‘Rocket, rocket.’ So we all had to run out of the bus. In 10 seconds, we had to take shelter," she recalled.

"I kept thinking she’s in a stairwell in Tel Aviv and there’s bombs going off, so yeah, it was a scary week," Elena’s mother, Jenny Vidrine, said.

The students said that having now personally witnessed the conflict, their perspective is forever changed.

"It feels almost guilty to be escorted out by a private charter plane so we can all leave before things get worse and I’ve made friends and connections to people in Israel," Liz Lesh said.

"I believe that peace is possible because education exists, and as long as education exists, there is a window for peace," Jenny Vidrine said. "I’m going to worry about world peace tomorrow. I just want to hug my kids today."