Across North Texas, fans got to enjoy what some are calling the best final ever.

Some fans said this was one of the most entertaining matches they’ve ever watched, and it was made even more special because it was a World Cup final.

It was a match full of highs and lows for both teams, but in the end, it was Messi and Argentina making history.

"That’s all I got to say man. Argentina," soccer fan Hector Ventura said. 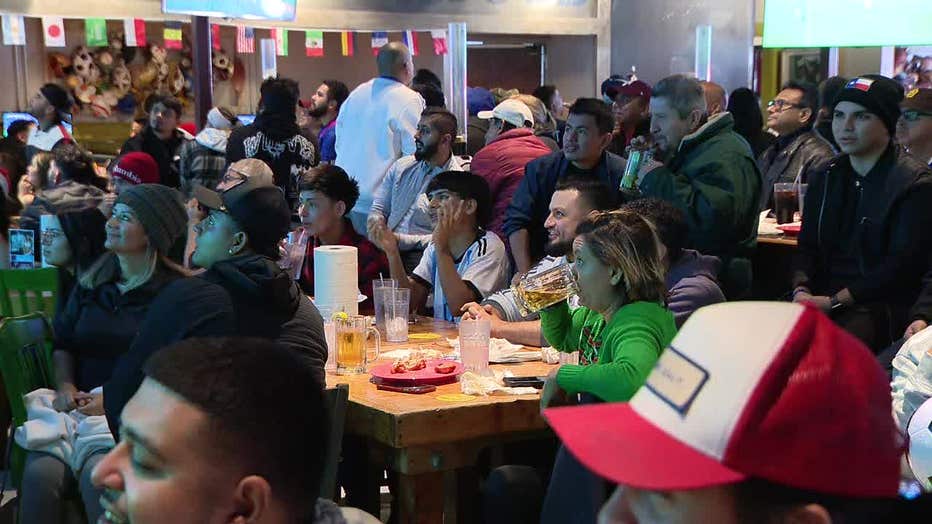 Over at The Londoner in Addison, fans from many backgrounds joyously jumped around for the legendary Messi.

"The atmosphere, it’s so exciting! Look at it! It’s the best place to watch a match. For sure," soccer fan Tahsina Yusef said.

No matter where people watched Sunday, they are hoping to be watching games in person four years from now when the World Cup is in North America, including matches at AT&T Stadium in Arlington.

"I’ll sell my house if I have to. No, just kidding," soccer fan David Alanis joked.

"It would be a dream come true. It would be off the bucket list, that’s for sure," soccer fan Pedro Salvador said.

"But to actually be there, in the crowd and cheering the team on, would be something completely different," soccer fan Anthony Benitez added.

RELATED: World Cup 2026: Leaders hope Dallas will be at the center of world’s biggest sporting event

For those who cannot get tickets to matches, there will be plenty of places to go.

Until then, fans of the sport will cheer on greatness, while hoping the home team can push further in 2026.