North Texas schools are getting a huge boost to their budgets, thanks to $18 billion in federal stimulus money finally being released by the state — at least in part.

DALLAS - North Texas schools are getting a huge boost to their budgets, thanks to $18 billion in federal stimulus money finally being released by the state — at least in part.

For Dallas ISD, that equates to roughly $362 million now.

Superintendent Dr. Michael Hinojosa detailed his spending plan at a news conference at a school in South Dallas.

"We’re grateful to the leadership of the state. They have now unclogged the drain. We get a portion. We get two-thirds of the dollars," he said. "First of all, we’re adopting a nontraditional calendar, but that’s only going to affect 30 of our schools."

"We want the kids to say, ‘No mom, don’t pick me up at 3. Pick me up at six because they’re going to be bringing back their academics.’ But also, we’re going to have enrichment there," he said. 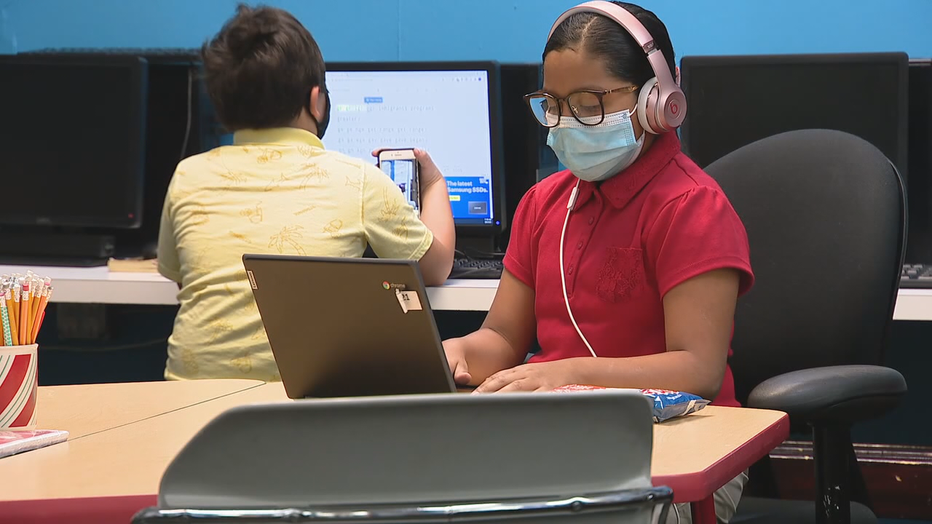 Summer school will also be revamped. More staff are being hired.

Fort Worth ISD will receive $261 million in federal stimulus dollars. They are receiving $174 million now. A district spokesperson says that will help fund the summer learning plan as well as the learning recovery plan.

Both plans include the possibility of additional instruction days.

Fort Worth ISD will have more specifics based on the results of a parent survey due next week. District leadership is also waiting for guidance from the chief financial officer.

"I am being very vague about that right now because negotiations are going on," he said. "But the money is coming. I will make sure we get it to the school districts, in Texas, specifically."

On Tuesday, the organization Raise Your Hand Texas will be hosting a joint news conference in Grapevine. There, several North Texas school districts, including Grapevine-Colleyville, Coppell, Carrollton-Farmers Branch, Denton, and Lewisville ISDs will detail their federal stimulus spending plan.